Back to homepage »
Share:
The Exercise “Velebit 18 – Joint Force“  will engage all combat and non-combat equipment, weapons and military equipment used by members of the Croatian Armed Forces (M-84 tanks, the Patria AMVs, the M-80 APC,the new self-propelled PZH 2000 Howitzers, the MiG-21 fighter aircraft, the new OH-58D Kiowa Warrior helicopters, a missile boat fitted with RBS-15 missile system and other vessels of the Croatian Navy). 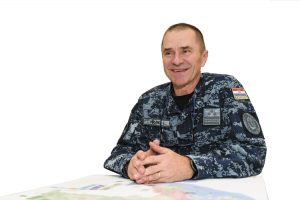 The participants of the exercise and the Croatian public are looking forward to the exercise. In an interview for the “Hrvatski vojnik“ magazine, Vice Admiral Robert Hranj – the Exercise Director – stressed that its main feature was a complex organisation and conduct as well as joint operation, rather than massive participation and assets used, and as such the exercise was a major challenge for modern-day militaries

In what aspect  does “Velebit 18 – Joint Force“ differ from the previous exercises?

The past  few years, and especially 2018 saw a number of exercises showcasing the readiness of the Croatian Armed Forces to assist civilian institutions. Furthermore, joint exercises with other government institutions displayed new capabilities, such as cyber defence and handling natural and other disasters. Out intention was to demonstrate readiness to operate alongside other government and civilian institutions within the national security system.

Is the exercise comparable to any previous one?

The exercise is very interesting, demanding and unique for its complexity. We can also say that it combines routine exercises of the Army, Navy, Air Force, Special Forces and other components of the Croatian Armed Forces. “Velebit 18“ is of greater complexity, requiring a different engagement, primarly co-ordination and unified operation of the components from all services in all domains of warfare from a single command post. 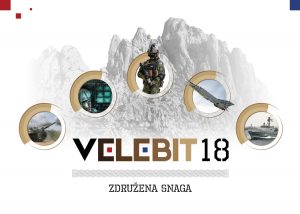 What are the main objectives?

We intend to showcase the level of readiness and trainedness of the Croatian Armed Forces. I want to say that the decision on organising the exercise was not prompted by any direct threats in our region. Croatia perceives no country as an opponent or a threat.

The list of concrete objectives is ambitious. “Velebit 18“ is a joint operation – a combat operation engaging the forces of various services, under the command of a joint forces commander.  One of the key objectives is to display the capability to prepare, plan and conduct joint operations. It is expected to test the ability of co-ordinated operation of various military capabilities from various units of the Croatian Armed Forces in most complex situations.

We also want to display the mastery of new combat systems and platforms, primarily the Patria AMVs, the self-propelled PzH 2000 and the OH-58D Kiowa Warrior helicopters.

This will also be an opportunity to test certain doctrinal solutions, primarily the issues of command and organisation in joint operations. Based on the definition of key objectives, the concept orientations of the exercise were defined, too. The organisation of forces through all battlefield domains (land, sea, air and cyber) and the combined functions defined by our doctrine were taken as a starting point.

It is well known that the Armed Forces of the Republic of Croatia are drafting the proposals for adaptation and reorganisation that should commence in 2019. I believe that exercise Velebit 18 will justify some proposed organisational solutions and will point to solutions that needs correcting.

It is important to note that the exercise aims to showcase the capabilities developed by the Croatian Armed Forces to support civilian institutions assisting the population hit by war destructions and providing them with accommodation, food and  water supply, medical care and CIMIC. 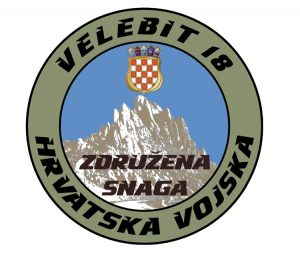 As the Director of the General Staff, you have also been assigned as the Exercise Commander. How are the top command units organised?

Given the complexity and the number of units and soldiers, the exercise comprises several levels and is directed by the Exercise Command  that I am leading, with two subordinated commands  – the North Command  and South Command, which directly conduct the exercise, and other commands  outside the two (the Croatian Air Force, the Special Forces Command). An integral part of the practice was formal, precise and exemplary  planning and preparation in compliance with the related military doctrines.

Were the preparations lengthy?

We started preparing for “Velebit 18″ in March. The exercises of such complexity often take a longer time to prepare, up to two years. The term, however short, was used for practicing, as soldiers do not always have an ideal amount of time on hands for planning. We have conducted an entire planning process and prepared well. We believe that the solid work behind the exercise as well as the high level of readiness of our units for the tasks will show.

What are the main characteristics of the exercise scenario?

The defined key objectives served to define conceptual orientations of the exercise, based on the organisation of forces through the domains of the battlefield and the joint functions defined in our doctrine.

As soldiers, we have to distinguish the two aspects of the exercise. The first aspect refers to the fictitious opposing force in an imaginary geographical area, which was the basis for the decision-making process in a larger joint operation and for the operational plans and orders. The plan of exercise events in the field will be somewhat different, given the spatially limited  training ranges and grounds and in view of the forces engaged. During the planning phase, the Chief of the General Staff of the Croatian Armed Forces defined the main features – the exercise will be conducted continuously for 72 hours and the range of forces and assets has to be adjusted to the features of the military training ranges and grounds. “Velebit 18“ will engage all units of the Croatian Armed Forces, including a reserve component (the core of the reserve regiments). 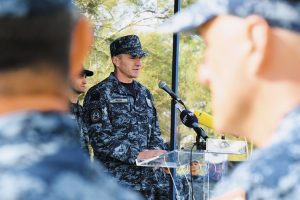 The exercise contains defensive and offensive operations, and we tailored the scenario to a realistic situation for a unit engaged in combat, including alert, deployment to the operations area, the completion of the task and the return to the barracks. It will be conducted without affecting the normal life of the citizens and civilian services. Everything has been carefully analysed and planned, particularly for the 72-hour cycle of the main part of the exercise, which is from 13 to 15 October.

The final preparations (comprising the land transportation of forces, weapons and equipment)  kicked off in early October, and we timely update the public on the movements. Media representatives  will have an access to the exercise and will be able to cover it for the public.

Will other government institutions or allies partner countries be included as well?

Some institutions of the Republic of Croatia will provide support in the conduct of the exercise, but role players outside the Croatian Armed Forces only take part in the simulation.   Some Allied and partner countries declared interest in taking part in the exercise, but we decided to conduct a national-level event. We intend to display our own forces, in line with the doctrinal principles that though being a NATO member, we have the full responsibility to defend ourselves before activating the collective defence mechanism to seek the assistance from the allies if the situation demands so.

Will the exercise display the integration of new platforms and new units?

“Velebit 18“ is a joint exercise, which is its essential characteristic both command-wise and with respect to force organisation and the joint objective. Wherever possible, the scenario previews the engagement of multiple services – navy, air force, army and the special forces,  co-ordinated and in synergy. Exercise “Velebit 18 – Joint Force“  will engage all combat and non-combat equipment, weapons and military equipment used by members of the Croatian Armed Forces (M-84 tanks, the Patria AMVs,  the M-80 APCs, the new self-propelled PZH 2000 Howitzers, the MiG-21 fighter aircraft, the new OH-58D Kiowa Warrior helicopters, a missile boat fitted with RBS-15 missile system and other vessels of the Croatian Navy).

The exercise is an opportunity to publicly present some of the attained capabilities – the joint operation of armoured mechanised units with the aerial support  of Kiowa Warrior helicopters and the fire support of PzH 2000 Howitzers and self-propelled rocket launcher. It will also display the landing by the newly established naval infantry unit  and integrated fires by several services, and, after a long time, engage the reserve component too.

What part do you see as the most demanding?

From what has been said, it is evident how complex the exercise is. Massive efforts have been invested to synchronise and coordinate the events. However, my focus is on individual safety. The exercise entails large manoeuvres and live firing, which entail much risk.

Are you looking forward to the exercise?

Certainly, a large exercise is a peak of the past year’s service from every enlisted soldier and seaman to general and admiral; it is an opportunity to see both their own and the unit’s level of trainedness. For the General Staff, it is an opportunity to test the doctrine and concepts. I am sure it will highlight many good things and some less good ones, hopefully to a minor extent. Certainly, we shall gather useful insights at all levels. The objective of all exercises indeed is to indicate the strengths and weaknesses, to draw lessons and to adjust  your education, training and organisation accordingly for overall improvement.

Will other exercises of this kind be organised in the future as well?

We intend to incorporate the exercises of this kind into our regular training plans, so that they become a routine task. Exercises at the service level will be organised on an annual basis and gradually, from small-scale to more complex ones. Joint exercises such as “Velebit 18“ will be organised in three-year cycles, so that the next exercise will be conducted in 2021. If everything goes as planned, it will engage the new F-16 aircraft, too, which would be a magnificient marking of the 30th anniversary of the Croatian Armed Forces.