Back to homepage »
Share:
River Flotilla Company of the Engineer Regiment - the only unit of the Croatian Army in the continental part of Croatia and in the Croatian Armed Forces assigned with maintenance and development of navigable capabilities 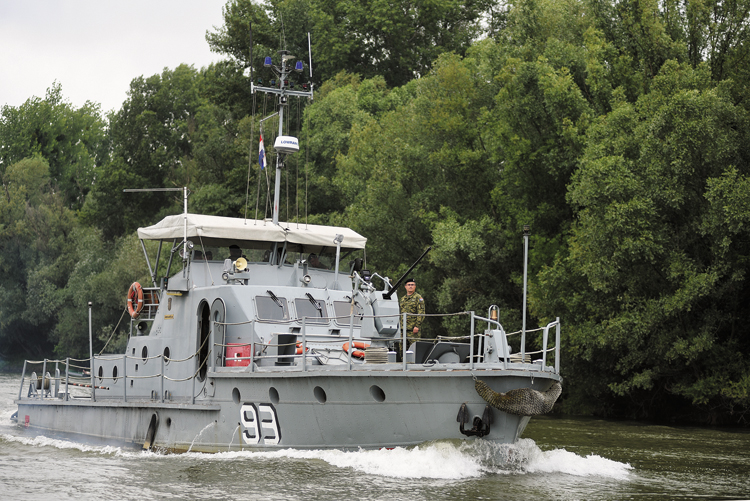 ”The predecessor unit – the Drava Squad  – was a part of the 3rd Guards Brigade of the Croatian National Guard, until  the reorganisation in 1995, when it was established as 2nd Osijek River Division.

A small and nicely furbished barracks “Vrbik” on the bank of the Drava River in Osijek houses the River Flotilla Company of the Engineer Regiment – the only unit of the Croatian Army in the continental part of Croatia and in the Croatian Armed Forces assigned with maintenance and development of navigable capabilities. The Company is commanded by Captain Tomislav Odak. During our tour of the Barracks Captain Odak said it had been built by the Croatian Army, from 1994, until 1998, when it was formally opened. Since 1991 the Company’s main mission has been the monitoring of the waterways along the rivers Drava and Danube and the assistance to the civilian community along the rivers. During the Homeland War, the ethnic cleansing of eastern Slavonia in August 1991 the non-Serb civilians in massive exodus were evacuated upstream the Danube to the mouth of the Drava River and further towards Osijek aboard barges and similar vessels.

”The predecessor unit – the Drava Squad  – was a part of the 3rd Guards Brigade of the Croatian National Guard, until  the reorganisation in 1995, when it was established as 2nd Osijek River Division.

A helping hand in floods

The Flotilla is a major support in responding to various complex situations occurring on inland waterways and in the adjacent areas.  As members of the River Flotilla Company’s Task Force during the cold winter 2012 mined the ice on the Drava river to prevent possible flooding, while in 2014 came to aid the flood-hit population of Gunja and evacuated them and the cattle aboard their aluminium boats for days and provided the population cut-off to floods with the groceries, medicines and potable water.

”We are always by the people, consistent and ready to assist, as we did to the residents of  Jasenovac, evacuation them and their property when Sava river flooded, rescuing the  people and assisting in the event of engine failures. 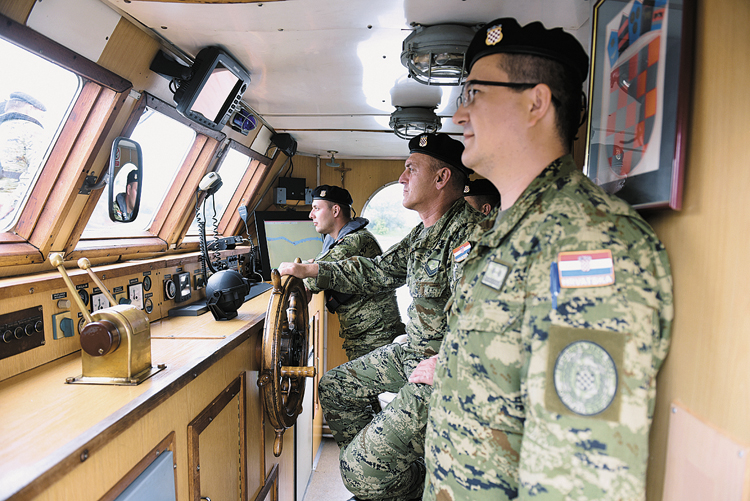 We co-work with the Croatian Mountain Rescue Service, with the Ministry of the Interior, with the Port Authority of Osijek, and jointly resolve the problems wherever they occur”, says Capt .Odak.

To efficiently respond to the challenges associated with rivers and waterways on a 24-h basis, the Company is manned by crews skilfully manoeuvring the fleet, vessel operators and trained divers capable of diving in contaminated and turbid waters.

In addition to the selected and trained personnel, the Company’s pride are the three fast rubber boats “Arimar“, an unsinkable boat M-6 ”Vukovar“, five aluminium landing crafts and one rubber and neoprene boat M-67.

Saving the life of a man drowning in Drava

”We didn’t know how it was going to end. We pulled the body out of the river and started reanimation , massaging the man’s heart and we realised he was alive, in a bad condition for being in a hypothermic state so we wrapped him in blankets and warmed him pending the arrival of the ambulance”.  Both SFC Slatki and PFC Krnić modestly agreed that they did what everybody else would do in the situation.

Marking of the Victory and Homeland Gratitude Day

As planned, the River Flotilla Company will mark the Victory Day and Homeland Gratitude Day with a days-long voyage aboard the patrol vessel “Šokadija” from Osijek to Vukovar, where it will set a static display for the occasion.