Back to homepage »
Share:
“We are not entitled to do anything but to wear this uniform with honour and distinction – in Bjelovar today, in the Republic of Poland tomorrow and wherever we may be asked to wear it afterwards,” said Maj. Marijan Žukina, Commander of 5th Croatian Contingent in enhanced Forward Presence Battle Group Poland, ahead of deployment to NATO’s mission in the Republic of Poland… 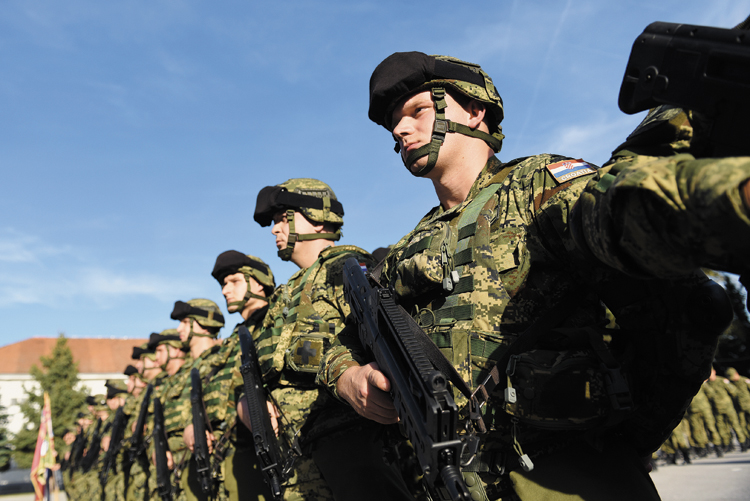 On 22nd October 2019, Bilogora Barracks in the central Croatian city of Bjelovar hosted the send-off ceremony for the 5th Croatian Contingent in enhanced Forward Presence Battle Group Poland, who are set to serve a tour of duty in the Republic of Poland.

Alongside the contingent members’ friends and family, the send-off ceremony was attended Deputy Prime Minister and Minister of Defence Damir Krstičević as an envoy of the Croatian prime minister; Deputy Chief of the General Staff of the Croatian Armed Forces Lt. Gen. Drago Matanović; U.S.  Defence Attaché to Croatia Col. Robert Mathers; and representatives of the City of Bjelovar, Bjelovar-Bilogora County and Homeland War (1991 – 95) veterans’ associations. 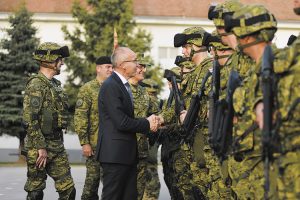 At the start of the ceremony, Minister Krstičević addressed the contingent members’ families: “I thank you for your patience, support and understanding, without which members of the victorious Croatian Armed Forces would not be as successful as they are.” When addressing the members of the Croatian Armed Forces, Krstičević emphasized: “Our participation in enhanced Forward Presence is a reflection of our respect for and solidarity with the people of Poland as well as our basic commitment as a member of NATO, the most powerful military and political alliance in history. Be worthy representatives of the honourable, victorious Croatian Armed Forces and our homeland. Always keep in mind the sacrifice made by your predecessors in the Homeland War.” In conclusion, Minister Krstičević wished the contingent’s members a successful tour of service and a safe return home.

Lieutenant Colonel Matanović underlined that by serving in NATO’s enhanced Forward Presence, the Croatian Armed Forces once again affirmed their membership in a union of professional, trained armed forces on whose support Croatia’s citizens, allies and partners could always count on. 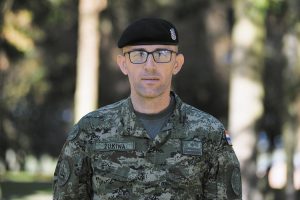 Maj. Marijan Žukina, Commander of 5th Croatian Contingent in enhanced Forward Presence Battle Group Poland, pointed out that all contingent members had successfully completed the demanding cycle of pre-deployment preparation, organization, equipping and training and were thus fully prepared for the challenges lying ahead.

“This mission is a valuable experience for us. In Poland, we will be carrying out the same tasks as at home, but the mission’s multinational environment will make them more challenging. The mission is demanding and will require involvement of all members of the contingent, but I believe we shall carry it out successfully and return home safely.” In the continuation of his inspired speech, Major Žukina said: “Wearing the uniform of the Croatian Armed Forces is a responsibility, a commitment, but also an honour and a distinction few have experienced. Those who have experienced it have shown us how it is done. They were Homeland War heroes such as Damir Tomljanović Gavran, Predrag Matanović, Andrija Matijaš Pauk, Blago Zadro and other heroes from Vukovar. They were local boys from Bjelovar who are at the forefront of many sad, but pride-filled stories. Therefore, we are not entitled to do anything but to wear this uniform with honour and distinction – in Bjelovar today, in the Republic of Poland tomorrow and wherever we may be asked to wear it afterwards.” In English, Major Žukina addressed allies alongside whom the Republic of Croatia is serving in NATO’s enhanced Forward Presence in the Republic of Poland. He also sent a message to the contingent’s Polish hosts in their native language, saying that the Croatian Armed Forces would provide them with absolute support during their stay in their country.

The 5th Croatian Contingent in enhanced Forward Presence Battle Group Poland is made up of 80 soldiers (three of whom are women) and its main body is comprised of members of the Croatian Army’s Guards Armoured Mechanized Brigade. In the next six months, they will serve as a part of NATO’s battlegroup in north-west Poland alongside soldiers from Romania, the UK and the USA. 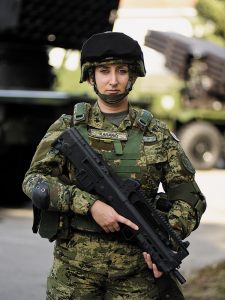 This is my first tour of duty and I do feel an adrenaline rush. The pre-deployment training was long, pretty hard and exhausting, but necessary for what awaited us on our tour. I look forward to acquiring new knowledge while co-operating with other nations. 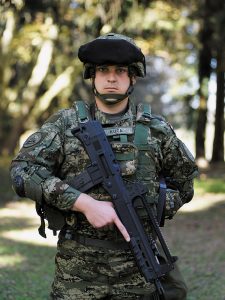 This is my first tour of duty and I cannot wait to deploy. The pre-deployment training was long and exhausting, but we deploy gladly. I expect to encounter new, interesting challenges in Poland and hope that everything will work out fine. 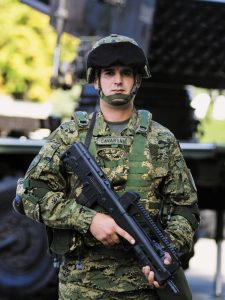 This is my second tour of duty in the Republic of Poland. My previous experience was a positive one. I expect to co-operate well with other nations, to acquire new experiences and to pass the knowledge and skills acquired there onto my parent unit upon my return.