Back to homepage »
Share:
The “Exercise“ Anakonda-16, conducted in nine military training ranges throughout Poland from 7 – 17 June gathering more  than 31,000 members of the armed forces from 23 countries, was the largest exercise of the U.S. forces in Europe and the largest one held in […]

The “Exercise“ Anakonda-16, conducted in nine military training ranges throughout Poland from 7 – 17 June gathering more  than 31,000 members of the armed forces from 23 countries, was the largest exercise of the U.S. forces in Europe and the largest one held in Poland since 1989. Anaconda, a defence exercise, was concieved as a response to modern security threats, a demonstration of cohesion and solidarity a test of readiness to cope with the current threats. Alongside the components of the armed forces, the Exercise comprised cyber defence, as a novelty.

The Croatian contingent to the Exercise “Anakonda-16“ was composed of 258 members of the Croatian Armed Forces and 50 vehicles (15 Patrias).

By participating in the Exercise the Croatian Armed Forces have demonstrated anew  their readiness and ability to operate in an international environment jointly with the Allies and the partners.

The Chief of the General Staff of the Croatian Armed Forces, General Mirko Šundov visited the Exercise and met with the Croatian participants stationed in the “Drawsko Pomorskie” training range. General Šundov commented on the experiences from Poland, the importance of the Exercise Anakonda and on the participation of the Croatian forces.

How important is the Exercise “Anakonda-16“, seen from NATO angle?

The military exercise “Anakonda“ is a traditional biannual exercise of the Polish Armed Forces, this year also the largest exercise of the U.S. forces in Europe and the largest joint exercise over the past few years. It  engaged more than 31,000 soldiers (army, air force, navy and special forces), some 3,000 military motor vehicles,  more than 100 aircraft and 12 military ships from 23 NATO and partner nations respectively.

It was concieved as  response to current security threats and a demonstration of the cohesion and solidarity of NATO nations, a test of the readiness and the collective defence capability and rapid response to potential threats. It was a defensive operation testing the capability of the conduct of joint operations and of a massive  participation of a  number of  NATO nations and partner countries.

The objective of the Exercise was to integrate the multinational forces and place them under a unified command and control system, to engage the forces in defensive operations and prepare the ground for the introduction of Allied forces into combat  operations. The Alliance demonstrated its capability to conduct joint operations and to guarantee the defence of each nation. 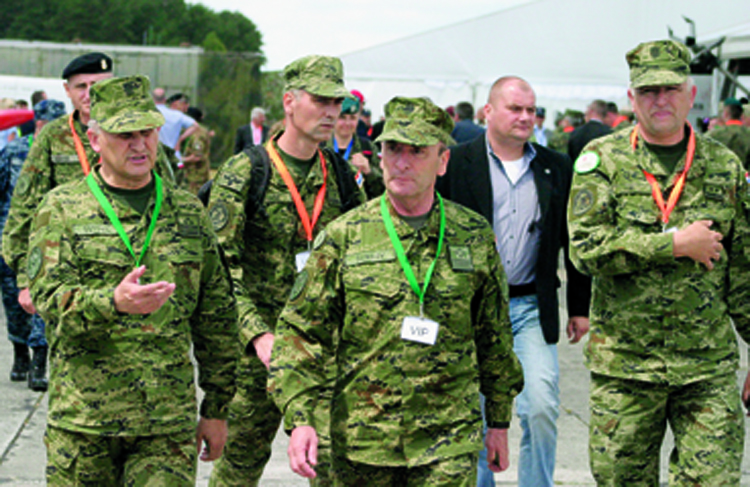 What is the importance of the Exercise for the Croatian Armed Forces?

The Croatian Armed Forces have demonstrated anew their readiness and the ability to operate in an international environment side-by-side with the Allies’ and partner nations’s forces. Albeit small-sized, our Armed Forces are well-equipped and trained to exercise any task assigned to them. The participation in the peace operations, international exercises and through dynamic organisational adjustments, the equipment and modernisation processes tailored to the resources have all proved that they have well integrated into NATO.

The significance of the international military exercise “Anakonda-16“ consists in the first deployment of a contingent of forces to an exercise  – a manoeuvre unit augmented with a combat and service support elements and the  members assigned to all segments of the Exercise command and control.

We would ask You to make a brief summary of the Exercise and of the Croatian participants’ achievement?

The members of the Croatian Armed Forces have presented exemplary performance side-by-side with the members of the Allied and partner forces. The Mechanised Company of “Gromovi“ located in the “Orzysz” range was augmented with a U.S. platoon , a platoon of the same brigade was assigned to the U.S. company and we also had our staff officers assigned to the U.S. battalion.The interoperability was thus tested directly at all levels – the platoon to the battalion level.

The Decontamination Platoon of the NBC Defence Battalion operated in the “Żagań” training range, assigned to the Slovenian company and to the Polish battalion.

The members of the Support Command efficiently provided logistic support to the members of the Croatian Armed Forces and also to the U.S. forces in the “Orzysz” range,  handling and transporting over 350 tons of containers, and received praises from the U.S. side.

In conclusion, our forces have demonstrated  a high-level compatibility and interoperability with other NATO nations’ troops. 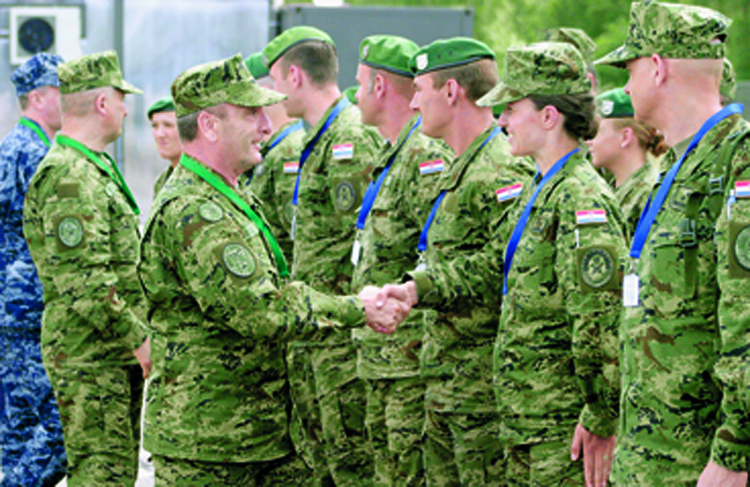 Could You draw a comparison between the Croatian Armed Forces with those of the Allied and partner nations in terms of the capability and trainedness?

The readiness and capabilities of the members of the Croatian Armed Forces are undoubtedly equal to those of the Allied and partner countries. The Croatian soldiers have demonstrated excellent responsiveness to new demands and challenges, primarily for their commitment and hard work. Over the past 25 years our Armed Forces have evolved into a well-organised and respectable institution also thanks to continuos education and training being recognised as one of the most important elements of the human potentials development.

The training system has been constantly adjusted to meet the objective of the maintenance of the readiness in compliance with new tasks assigned to the Armed Forces under the Constitution and the respective legislation. In that sense NATO standards have been respected in preparation, organisation, implementation and evaluation of exercises. This also helped attain and enhance the tasks-related capabilities and skills. Due attention has also been paid to training and practice in the process of maintenance and the operation of the existing and newly acquired weaponry and military equipment.

Our objectives entail the investment into the human resources and the assets, as it takes capable and well-trained soldiers and maintained equipment to fulfill the tasks.

To achieve best results in that regard our focus will remain on the human resources, to ensure they are prepared and motivated to use the assets and carry out their assignments. Speaking as Chief of the General Staff, I would be far happier to see larger investments into all segments of the Croatian Armed Forces, but under the circumstances we’d better be realistic and manage the existing resources in an optimal way, on which I am going to insist.

What are the plans for the post-Exercise period?

All observed features, either positive or negative, need to be analysed to the last detail and incorporated into training and drill curricula as lessons learned. That is the very purpose of the exercises of the kind – to collect experience, to verify the achieved capability levels, compare them against the capabilities of the Allies and partners and compose new training and exercise plans, which will include the experiences from this Exercise.

It should be emphasised too that that the Armed Forces have regularly conducted joint exercises involving live-fire practice and the building of capabilities for kinetic operations.