Back to homepage »
Share:
Wear this beret with honor and dignity. Act bravely and boldly and proudly guard the heritage you have received. You are the future, you continue to build the Croatian Armed Forces" told Minister Krsticevic to the young members of the Battalion 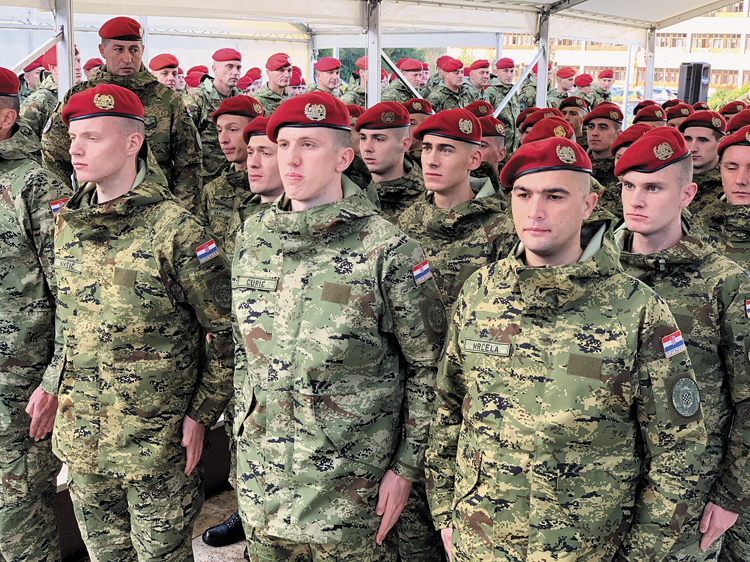 “You make the backbone of the Croatian Armed Forces, as their members are the biggest value. Therefore, wear your berets with honour and. Act bravely and boldly, and proudly guard the legacy that has been handed on to you”, told the Defence  Minister Damir Krstičević to the 61 members of the 3rd Mechanised Battalion “Pauci“ at the beret presentation ceremony held within the programme marking the 25th anniversary of the Operation “Winter 94“ in front of the memorial chapel of Saint Cross in Split on 29 November 2019 račevac, guarding the memory of 199 fallen members of the 4th Guards Brigade.

They berets were presented by the Deputy Prime Minister and Defence Minister Damir Krstičević, by the Chief of the General Staff of the Croatian Armed Forces  General Mirko Šundov, by the Director of the General Staff Vice Admiral Robert Hranj, by the  Commander of the Croatian Army Major General Siniša Jurković, by the Commander of the Guards Mechanised Brigade Brigadier General Tihomir Kundid, by the Special Advisor to the Defence Minister Božo Kožul and by the Deputy Chairman of the Association of Veterans of the 4th Guards Brigade.

“Whenever we gather in this special place – the former and present members of “Pauci“ – we are united in honour, pride and deep respect for all those who bravely and selflessly sacrified their lives for the Croatian freedom. You are the future, you will continue to build the Croatian Armed Forces at the service of the Croatian people which serve its people and which will always be ready to protect Croatia, with the faith in the motto in the coat of arms of the unit that is found on your berets – In this sign you will win“.

“You are ready and have been trained for the task; You have the opportunity to display your abilities and I believe that you are going to overcome any challenge before you, guarding our values and identity“, concluded Minister Krstičević. 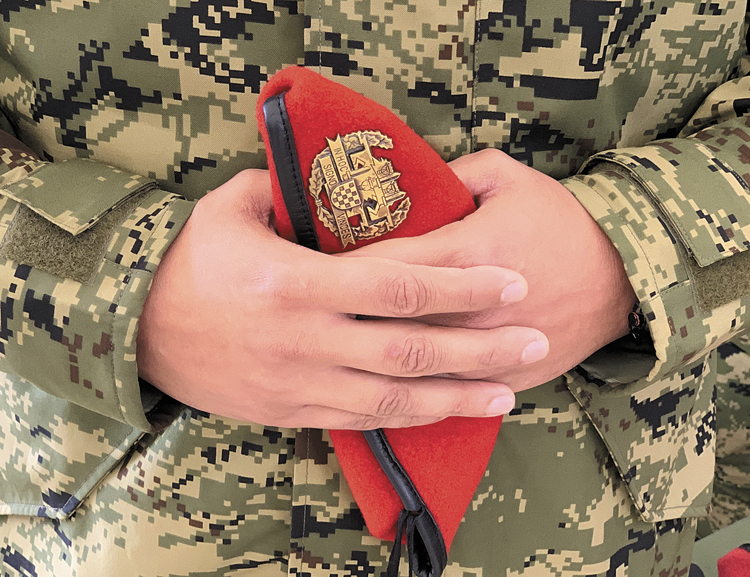 “Having receved  your berets  you have today become members of the 3rd  Mechanised Battalion “Pauci“ . This is a place of piety, symbolism and lasting memory of the fallen members of the 4th Guards Brigade. The red beret of “Pauci“ is a symbol of commitment to the tradition of the 4th Guards Brigade. All armies in the world draw strength and motivation from  their history, The Red Beret is a reminder of the rich history of the Homeland War, of patriotism and tradition that obliges you to pay back to your predecessors and oblige the future generations. The events such as the presentation of berets to new members promote the values ​​of the Croatian military tradition. The military profession is honourable for serving the homeland. Your impeccable trainedness and preparedness is an absolute necessity that has no alternative.  Wear your berets honourably and proudly and let excellence be your guiding principle throughout your careers”.