Back to homepage »
Share:
On the occasion of the 29th anniversary of the establishment of the 191st Fighter Aircraft Squadron, we interviewed the Commander, Lieutenant Colonel Zvonimir Milatović, to find about its history and development of this unit and its present composition 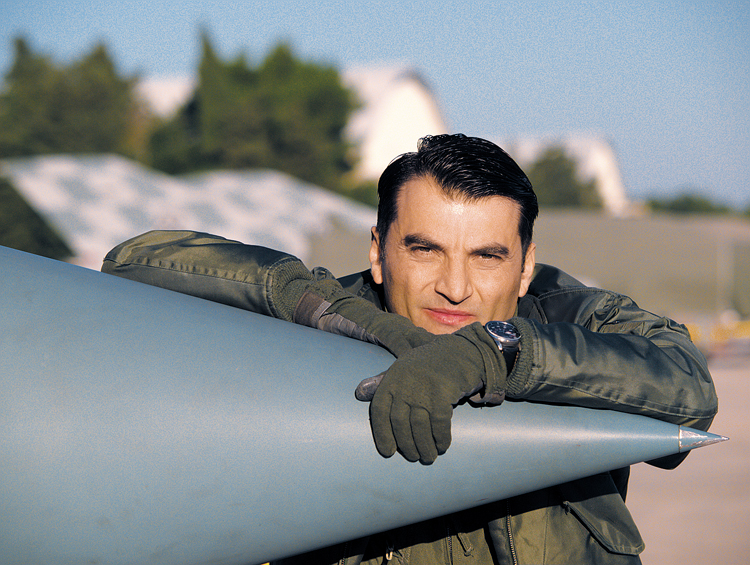 What is the atmosphere in the Squadron with regard to the ongoing fighter aircraft procurement procedure and what preparations have been taken for the introduction of the aircraft into the operational service?

We are all excited about it, but the Squadron’s pilots are not focussed on the procurement procedure itself. Our task is to retain and increase the number of capable pilots if necessary, and to establish a large and quality base for education of pilots and technicians when the need arises.  We fully trust the expert team of the Ministry of Defence and we welcome the sincere consensus of all relevant institutions in Croatia about the necessity of autonomous air space protection capability and the intention to retain it.

By testing the level of knowledge and referring the air technicians to expert language courses we are preparing them for the transfer of expertise in the maintenance of the new aircraft once they get introduced into service.

Regardless of the procurement procedure, the pilots are constantly honing their skills and abilities through bilateral visits and subject matter courses with NATO nations. Our motivation is high, so we shall be ready when we receive the respective order. 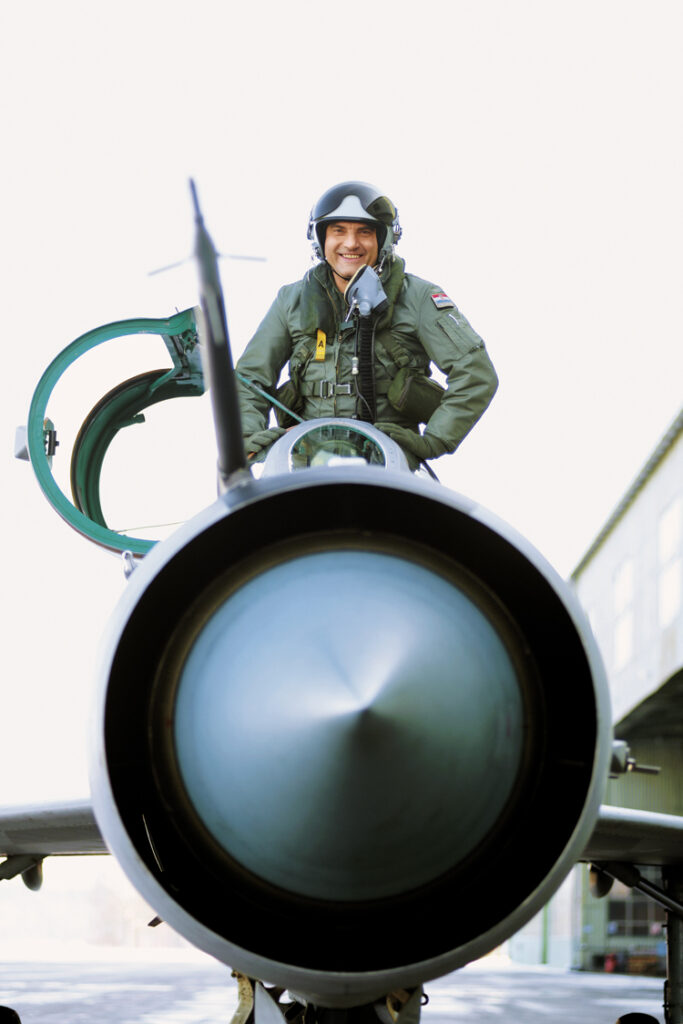 What is the daily routine of the pilots of the Squadron like?

The flying routine in our Squadron is quite similar to the routines in other squadrons of the Croatian Air Force. It begins with the preparation the previous day, when the elements of a particular exercise used in capability-building training or in practice flights.

Fly days begin with pilots’ flight readiness check; followed by a breakfast meal and a medical checks of the pilots designated for the daily flights.

The flying day is concluded with a detailed analysis follows and the preparation for the next day and so it goes. In addition to the flying activities, through the organisation the pilots of the Squadron are assigned with various duties (flight safety officer, tactics and air combat officer, etc.), which they perform in addition to regular flying activities or during no-fly days. The duties serve as support and assistance to the commanders with the organisation and administration of the training.

In their free time the pilots take care of their psychological and physical condition and their own improvement to be ready for the combat pair on duty within NATINADS, which is the peak of the flight training of the pilots of the 191st Fighter Squadron, in addition to combat tasks.

The technicians are indispensable segment. What is their daily schedule like?

Officers and air technicians are in charge of organisation and servicing and maintenance of the aircraft in accordance with their qualifications and responsibilities. During the off-hours the officers and NCOs of the Company take care of their psychological and physical condition and improvement.

Smooth completion of the daily tasks is ensured by other important links within the Squadron – the Squadron Command Sergeant Major and the logistic NCO. Their daily activity is focussed on logistic concerns of the unit and the reception and training of new young air technicians. Under the respective contract the Ministry of Defence offers scholarships for the students of the “Rudolf Perešin” Aeronautical Technical School and we are very proud that the students take their training with us and show the interest in becoming air technicians. It is nice to see them receive the knowledge of experienced colleagues and respecting the effort invested into them.

The Squadron has received young officers, in addition to the experienced personnel.  How interested are the young to become pilots and what is the path to becoming a fighter aircraft pilot?

The Ministry of Defence and the Croatian Air Force have invested significant effort and innovation promoting military pilot profession, and the number of applicants is growing steadily. We are glad, but only a few really become pilots, and still fewer can fly supersonic fighter aircraft. This however should not discourage young people who want to be pilots. They will never know if they do not test themselves. It takes a lot of sacrifice, effort and trust in oneself to become a pilot.

The supersonic fighter aircraft pilots still have to have an additional quality.  It’s hard to describe, but it shows in one’s character, thinking and living style and in being truly aware. Most pilots enrol in the studies with a desire to become supersonic aircraft pilots; however the criteria are strict for a reason, and many will fail.  The Croatian Air Force has various pilot profiles, it should be said that there are pilots of various profiles in the Croatian Air Force and they are doing an excellent job, which you can see for yourselves.

Every young pilot meeting the criteria for supersonic fighter aircraft should be proud yet humble, to be a part of a group of chosen ones. The training is complex regarding the conversion from the PC-9M training aircraft the MiG-21 fighter.  In addition to the aforementioned qualities, it requires utmost dedication and commitment to complete the training.

A supersonic fighter pilot needs to think quickly in an utterly new environment, and it is the biggest problem in conversion from subsonic aircraft pilots. Some of our colleagues have completed the training, with due effort and with strong self-confidence, and are taking part in NATINAMDS system. That is I am so proud to see more and more young pilots coming to our Squadron who are showing the ambition and who will carry on its tradition and history.

The interim fighter squadron of fighter aviation was established in Pula back in 1991, to retain the   pilots assigned to the existing air groups. It underwent a number of transformations. It was the historic line-up of pilots and technicians in the Pleso Airport on 17 January 1992 that laid a lasting foundation for the future fighter aircraft squadrons as more and pilots, technicians and also aircraft arrived.  The historic overflight by Lt. Col. Danijel Borović in February 1992 provided the Croatian Air Force with a first supersonic fighter aircraft. The subsequent overflights by Lt. Col. Ivica Ivandić and Col. Ivan Selak affirmed our capability and the intent to establish a fighter component.

These officers joined the Army and set their own example to follow to this day.

Sadly, some of them lost their lives, and our unit must and will keep remembrance. It is important to remember the other air personnel whose brave feats in the very beginning boosted the morale and supported the defenders on the ground.

In 2008 the 21st Fighter Squadron and the 22nd Fighter Aircraft Squadron merged into a Fighter Squadron, subsequently (2019) renamed the 191st Fighter Squadron. Its tradition and history are amazing and its present personnel are proud to belong to the unit on its 29th anniversary. I realised it as commander presenting the meriting members with awards and commendations.  We are expressing appreciation to all former personnel, who left pieces of them behind.

The personnel matters the most, but they fluctuate, while the spirit of the unit is forever, if we life and pass it on. It remains a special day for us pilots of the MiG aircraft, and we firmly believe we shall celebrate many more days to come.