Back to homepage »
Share:
The “Hrvatski vojnik“ team observed the live-fire shooting from anti-tank guided missile systems in the Training Range “Gašinci”, for the specialist trainees of the Infantry Regiment of the Training and Doctrine Command, who scored high 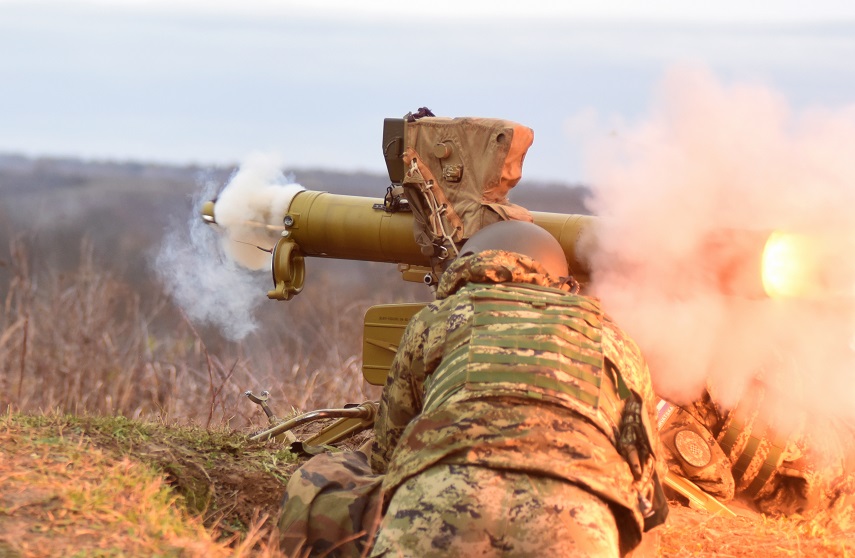 The days spent learning, practicing and preparing condensed in an hour of fire is the briefest description of the live fire shooting from anti-tank guided missile systems conducted in the Training Range “Gašinci“ on 28 November 2019, which closed the training of the Infantry Regiment of the Training and Doctrine Command .

The shooting range seems an ideal training setting, with strict safety measures. On our arrival we first noticed the firing positions – a POLO M-83 combat armoured vehicle fitted with launchers of 9M14 Maljutka anti-tank missiles, a tall embankment which separates the vehicle from the prepared trench for safe placement of operators who shoot from 9K11 Maljutka anti-armour launchers  from a detached firing position. During our presence the trainees were also shooting from the 9K111 Fagot.

We were welcomed by 1st Sergeant Miroslav Jurić, the 2nd Training Company Senior NCO in charge of the mortar (11B) and anti-armor (11C) specialties  training. An anti-armour specialist since 1994 1st Sergeant Jurić has been engaged in developing the specialty in the Croatian Armed Forces and has trained the personnel for all units requiring the anti-armour and mortar specialties alongside other instructors of the Infantry Regiment.

“The trainees have proven their ability through intensive work and practice, particularly on the CRO-Trend M1.1 and CRO-Trend M1.2 simulators”, said 1st Sergeant Jurić.

The trainees need to display precision and mastery of procedures

The preparation completed, the “Hrvatski vojnik“ team takes binoculars to watch the hills some two km away. The targets are very clear: “Maljutkas“ fired against the moving 2×2 m white targets as mock tank turrets. Old tanks filled with concrete and converted into targets are shot at with the Fagot anti-tank missile system have probably received thousands of shots.

During the fire hour the trainees take turns on the positions, shoot and achieve absolute scores.

“The scores are excellent”, say the officers and NCOs of the Infantry Regiment.  One shot was direct and the impact – a large piece of armour exploding – was visible with a naked eye. The applauses the operators received after each hit added to the already good atmosphere.

Anti-armour specialty joined the Army and the Navy in this Exercise: Private Antonia Tvrde, who had recently undergone rigorous training of the Marine Infantry Company, concluded the 9-week demanding and exciting event with a superior hit and qualified as anti-armour guided missile system operator needed for the Croatian marines too. “It is an  adrenaline rush. I was positively anxious. All the knowledge and skills acquired in this training have condensed in the shooting today. I just did what it took and shot. The feeling after hitting the bull’s eye is great. I am still impressed and would like to shoot once again“. 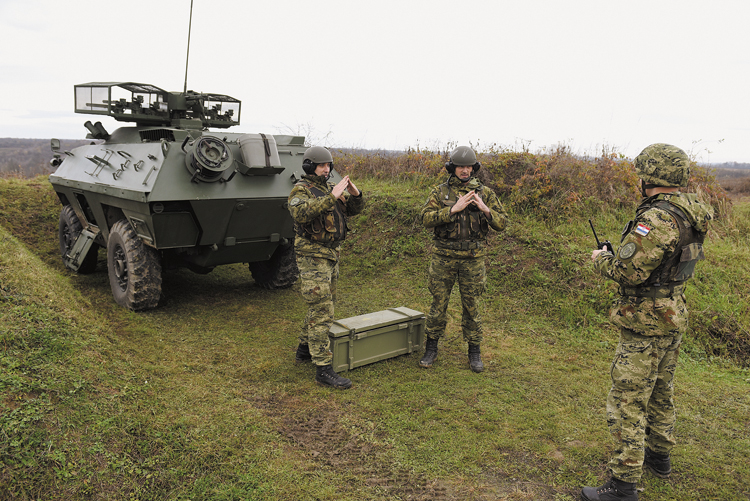 The Specialist training for infantry and armour branches  in the Infantry Regiment of the Training and Doctrine Command is conducted in three cycles annually. Following the completion of the voluntary military training the soldiers take 12-week specialty training. The training in the Infantry  comprises the preparation for gunners, grenade thrower and semi-automatic rifle operators  as part of the disembarked or infantry on board on M80A or Patria AMVs, so they get prepared to man the mechanised specialty too. d The trainees practice for all duties to ensure rotation of operators  within infantry or mechanised squads.

The mortar specialty (11B) training prepares for gunner and loader duties, as well as for all duties within the 60-mm, 8-mm and 120-mm mortar squads, while the anti-armour specialty (11C) trainees are prepared to operate the  1st or 2nd generation of anti-tank guided missiles.

Tagged with: 11B gunner Regiment of the Training and Doctrine Command specialty training