Back to homepage »
Share:
“Your duty is now to pass on the acquired knowledge and skills on to your colleagues and introduce them into your units. Only highly motivated, trained and competent leaders who lead by their own example can be role models” 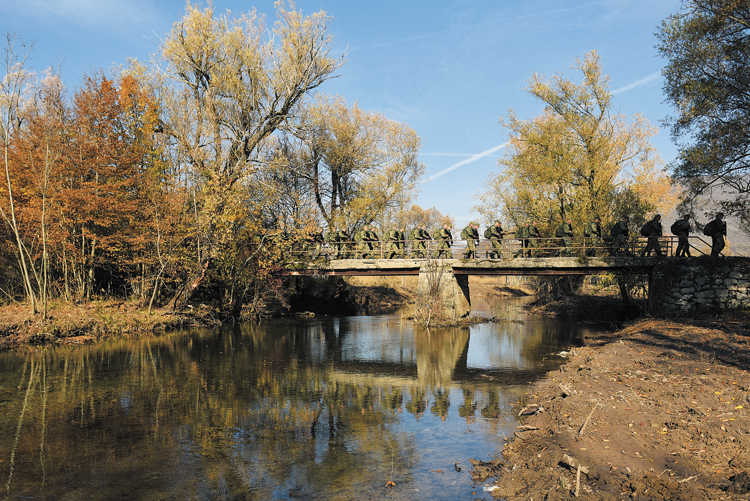 The participants of the 1st generation of primary leader development training and the staff of the leaders Development Centre “Marko Babić” left from the Barracks “Josip Jović” at Udbina for a two-day walk to Knin at dawn of 2 November 2020. The march concluded the demanding six-week training, along an 88-km route through ​​the Lika- Senj County, the Zadar County and the Šibenik-Knin County.

On their arrival to Gračac after crossing the 35-km path the Commander of the Primary Leaders Development Centre “Marko Babić” Colonel Tomislav Kasumović stated that the third cycle was more innovative and demanding than the previous two and that the psychophysical resistance of participants, combat and leadership skills were upgraded.

The previous two training cycles have been analysed and improved to ensure a better approach and more intensive and significant training. The Centre’s CSEL Sergeant Major Mato Bjelovarac added that the third cycle was more demanding given the weather conditions. Only 56 out of 102 candidates passed the strict selection and checks, and 40 could cope with the hard training pace and took part in the march.

“The march concluded the primary leaders training and they are taking it highly motivated. Marching to Knin is an honour for all participants, we are all proud of that yet remain humble. We are all marching to Knin because we wish so, and I have no doubt that all participants will successfully complete it”, said Colonel Kasumović after the Phase 4.

The trainees spent the night in a camp half the way to Knin (at Otrić), and moved on the next morning, sm little tired, with calloused legs and sore muscles, but determined to continue to their destination. As they approached Knin, the seat of the medieval Croatian kingdom, the march echoed louder and they marched more resolutely.

The church bells rang announcing their arrival to Knin, and to the Knin Fortress, where they were presented with diplomas and badges by the Envoy of the Defence Minister and of the Chief of the General Staff Lieutenant General Siniša Jurković, by the Commander of the Croatian Army Lieutenant General Boris Šerić, by the Commander of the Training and Doctrine Command “Fran Krsto Frankopan” Brigadier General Željko Ljubas and by the Croatian Armed Forces CSEL Sergeant Major Dražen Klanjec.

Lieutenant General Siniša Jurković proudly stated that the Primary Leaders Training Centre “Marko Babić” educates motivated, trained and capable leaders through role-based training who will contribute to the development of the capabilities and readiness of the Croatian Army. Lt. Gen. Jurković reminded of the legendary defender of Vukovar and Commander Marko Babić and called on the young Croatian soldiers to look upon him as model in overcoming military challenges.

“You have displayed to have acquired the necessary knowledge, abilities and skills required of every leader”. Lt. Gen. Jurković also thanked the instructors as highly important component of training. 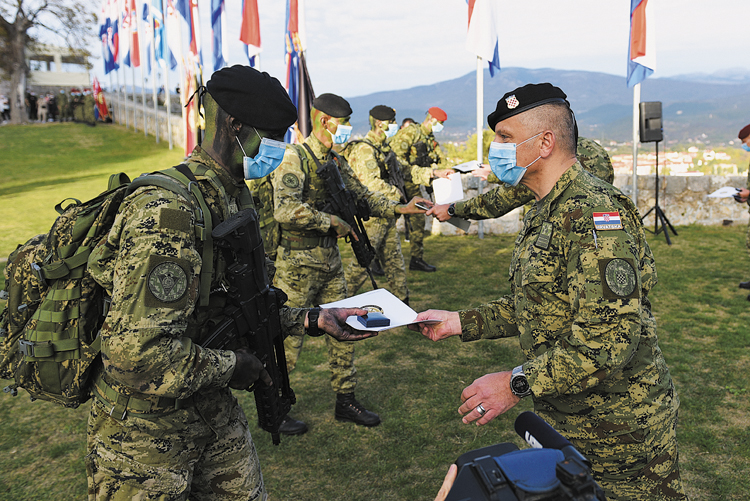 Lt. Gen. Boris Šerić told the new leaders that they were the future of the Croatian Armed Forces.

“Your duty is now to pass on the acquired knowledge and skills on to your colleagues and introduce them into your units. Only highly motivated, trained and competent leaders who lead by their own example can be role models to his soldiers and a confidence to their superiors”. 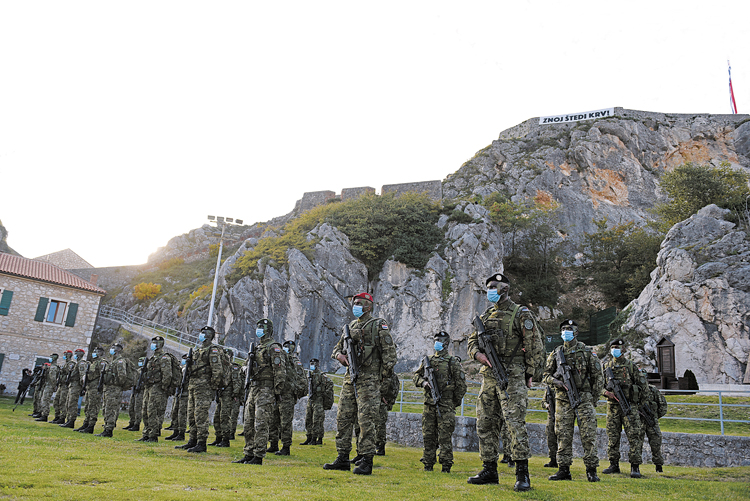 Building on the experiences from the Homeland War

The Primary Leaders Training Centre “Marko Babić” at Udbina was established according to the Guards NCO Specialist Training Centre “Damir Tomljanović Gavran“ at Šepurine (active from 1994-2000).

The Centre is located in the barracks “Josip Jović” at Udbina, and subordinated to the Training and Doctrine Command “Fran Krsto Frankopan” of the Croatian Army. It was formally opened on 13 September 2019.

The training is focussed on development of combat skills, leadership skills and psychological and physical stamina. The emphasis was placed on the leadership in hardships and stressful situations, to develop characters as leaders and instructors. The Centre operates under the same motto as the former training centre at Šepurine: “Sweat saves blood”.

Phase 1– reception, equipment issuance and familiarisation with tasks and responsibilities, with the subject matters and with the training and living routine

Phase 4 – the 88-km march from Udbina to Knin, through three counties (Lika-Senj, Zadar and Šibenik-Knin County), closing the training, alongside the staff of the Centre.