Back to homepage »
Share:
Twenty-two non-commissioned officers from ten member states of NATO and the Partnership for Peace took part in the 11th International NCO Summer Camp at Fleet Admiral Sveto Letica-Barba Barracks in Split… 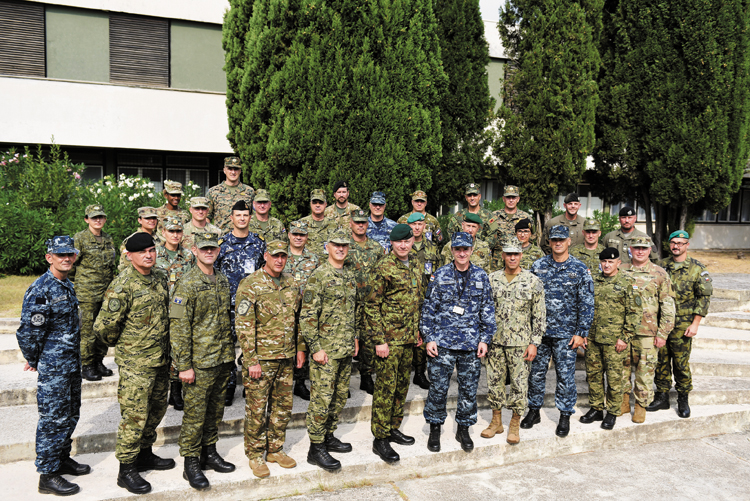 “If we liken the army to an orchestra, then soldiers are performers, while the command senior enlisted leader is the conductor – the one who knows how each instrument functions and executes the ideas of composers, i.e. officers. When the composer and the conductor work together, the orchestra creates harmony.” This ingenious definition of non-commissioned officers’ role in the army comes from Command Sergeant Major Siim Saliste, Command Senior Enlisted Leader for NATO Allied Command Operations (NATO ACO).

Command Sergeant Major Saliste is one of twenty-two participants from ten countries at the NCO summer camp, the eleventh edition of which was held at Fleet Admiral Sveto Letica-Barba Barracks in Split from 29th August to 6th September.

The camp, organized under the motto Leadership, Partnership, NCO Professional Development – Meeting Today’s and Tomorrow’s Challenges, is a continuation of a verified form of strengthening international military co-operation, trust and understanding among senior NCOs from member states of NATO and the Partnership for Peace, which dates back to 2008. Twenty-two participants from ten counties took part in this year’s camp. 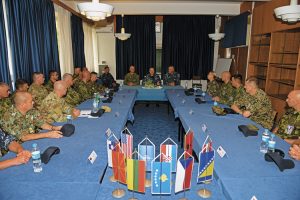 The summer camp’s participants are NCOs with rich experience as leaders and participants in international operations. They were signed up for the camp by their respective countries’ armed forces, in which they are a part of the NCO support chain.

The Acting Command Senior Enlisted Leader of the Croatian Armed Forces CSM Michael Fanuko, the camp manager and a team of Croatian NCOs were entrusted with planning and conducting all activities at the camp, forming a balance between practical work, classes and group work. Through different tasks, the attendees expanded their knowledge about senior non-commissioned officers’ duties, responsibilities and authority at home and abroad. Further, they exchanged experiences and considered options for the further growth of participating countries’ NCO corps.

Along with the educational part of the course, camp participants also took part in extracurricular activities the objective of which was for the participants to get to know one another better, promote the military and cultural heritage of their respective countries as well as learn about the military and cultural heritage of the Republic of Croatia, the host country. 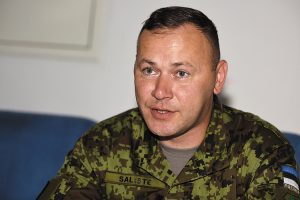 I am taking part in this camp for the first time and I am pleased with its organization. One of NATO’s priorities is the enhancement and strengthening of partnerships, so I find such events to be useful for maintaining contacts. It is important to know how things work in other NATO member states’ armed forces. 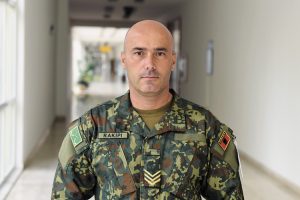 This is an excellent opportunity for us to develop personally and professionally, get to know one another and acquire new knowledge. Co-operation is important because it facilitates the resolution of on-going issues on a global level and ensures faster progress.