Back to homepage »
Share:
The Ministry of Defence has signed 230 mil kuna-worth contracts with 34 Croatian military equipment manufacturers on the provision of some 400 various goods and services (10, 500 pairs of footwear, some 6,000 sets of combat uniforms, more than 1,500 pieces of underwear, more than […]

The Ministry of Defence has signed 230 mil kuna-worth contracts with 34 Croatian military equipment manufacturers on the provision of some 400 various goods and services (10, 500 pairs of footwear, some 6,000 sets of combat uniforms, more than 1,500 pieces of underwear, more than 35, 000 pairs of socks, some 500 helmets), engaging more than 30 manufacturers  and more than 5,000 workers.

On 30 January  the Ministry of Defence signed contracts with 34 Croatian military equipment manufacturers worth cca 230 mil kuna (cca 30 mil 789 EUR), entailing the provision of garments, footwear and weapons as well as the catering and insurance services. The signature ceremony was attended by the Croatian Deputy Prime Minister and Defence Minister Damir Krstičević, the Chief of the General Staff of the Croatian Armed Forces, General Mirko Šundov, the State Secretaries of the Ministry of Defence Tomislav Ivić and Zdravko Jakop, the Deputy President of the Croatian Chamber of Economy  Tomislav Radoš and the representatives of the manufacturers.

The Defence Minister Damir Krstičević stressed that the contracts were a significant contribution to the Croatian economy, primarily the manufacturing of the military equipment and the related services “The co-operation presents the Ministry of Defence not merely as consumer but also a promoter of the Croatian products. It also provides the Croatian military industry with the references facilitating their business in the demanding international market“. 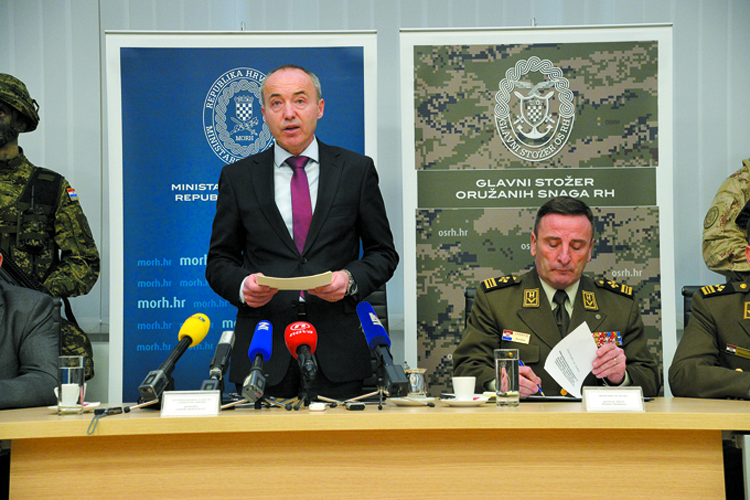 The Deputy President of the Croatian Chamber of Economy Tomislav Radoš expressed the support from the Chamber to the signature of the contracts “ A series of analyses, including the World Bank’s, have showed that the products by the Croatian defence industry had  a value on the global market. The exports and solid position in the international market are as important as the presence in the domestic market. Our security needs to remain tied to the  Croatian economy, in the general benefit and interest the economic growth of Croatia.

Alojzije Šestan, the Director of Šestan-Busch d. o. o. from Prelog spoke on behalf of the  Association of Producers of Weapons and Military Equipment, praising the timing of the contract,  which allowed the companies to manage the production in the course of the year.

The Croatian military industry has followed a growing trend for the past 20 years. Alojzije Šestan of the Šestan-Busch extended the appreciation to the Ministry of Defence for the years-long co-operation and stated that “the contracts were of high importance for the manufacturers as a certificate for export deals.  Josip Držajić of “URIHO“ appreciated the continuous co-operation of the Ministry with the firm employing disabled persons. “The Ministry of Defence has opened the door to the co-operation with the disabled persons and offered us new possibilities for doing business with other firms“. 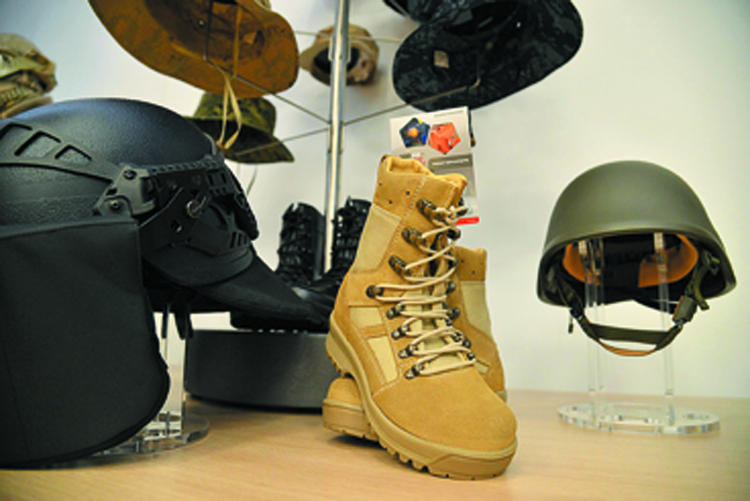 Željko Pavlin, the representative of HS Produkt d. o. o. from Karlovac, said that the firm nurtured a very succesful co-operation with the Ministry of Defence related to the development of products made in Croatia. The experience and the synergy of the Croatian military industry are essential and have yielded very good  results.““We welcome the future co-operation and development of products“.

The conttacts have been signed for the provision of 400 different goods and services (10, 500 pairs of footwear, some 6,000 sets of combat uniforms, more than 1,500 pieces of underwear, more than 35, 000 pairs of socks, some 500 helmets and the like. More than 30 manufacturers with more than 5,000 workers have been engaged in the projects.

The contracts on the provision of footwear for the members of the Croatian Armed Forces have been signed with the Footwear Manufacturer Association, comprising  Borovo d. d. Vukovar  and Jelen Professional d. o. o. Čakovec and represented by INKOP Obuća d. o. o. from Poznanovec,