Back to homepage »
Share:
"The red beret brought freedom to the state of Croatia. The 4th Guards Brigade was a symbol of Split, Dalmatia and of Croatia, "said the Defence Minister Damir Krstičević. 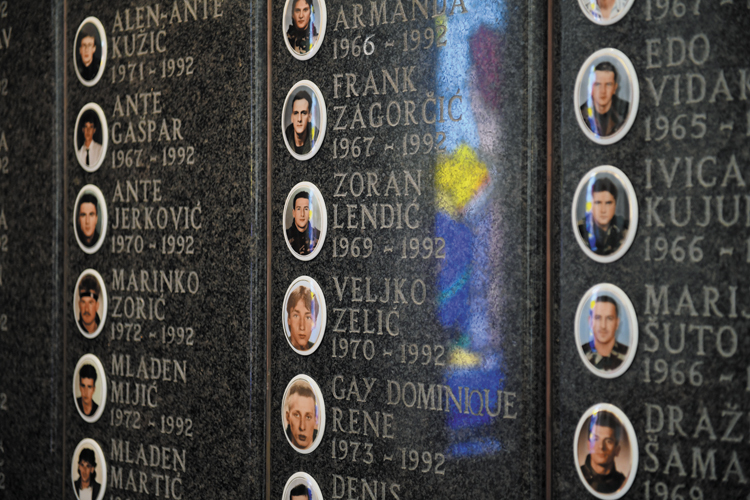 Minister Krstičević, the wartime commander of the 4th Guards Brigade, congratulated the members of the Brigade and Battalion: ”We extend appreciation to all members and commanders of the Brigade for earning the status and the honour, and in particular to its fallen members.

The Minister reminded that the memorial chapel of Holy Cross was erected at the Brigade Base at Dračevac in honour to the 199 fallen members of the Brigade at Dračevac: “It is our duty and responsibility to guard the memory of them and of their families.”

Personnel deployed to Lithuania
The Minister also said that the members of the successor’s Battalion “Pauci” proudly continued the tradition of the legendary 4th Guards Brigade: “The Mechanised Battalion and the Croatian Armed Forces guarantee peace and security for Croatia!

The Minister of Homeland War Veterans Tomo Medved commended the operation and commitment of the veterans and associations of the 4th Guards Brigade:”I am congratulating on the 29th anniversary and expressing appreciation for your contribution to the homeland during the Homeland War”.

The Commander of the 3rd Mechanised Battalion ”Pauci”, Major Ivica Armanda mentioned in his address 166 members of the Battalion deployed in 2nd HRVCON to Lithuania, who addressed a video-conferenced message reciting the Brigade’s motto on the occasion of the Battalion Day.

In the memorial room of the 4th Guards Brigade the respects to the fallen and missing defenders of the Homeland War were paid by the Commander of the Guards Mechanised Brigade Colonel Dražen Ressler, by the Chairman of the Veterans Association of the 4th Guards Brigade Hrvoje Pupić Vurilj and by the Commander of the 3rd Mechanised Battalion “Pauci” Major Ivica Armanda.