Back to homepage »
Share:
A Croatian Air Force crew and the Croatian Montain Rescue Service  on 30 April 2019 joined forces to rescue an ailing fisherman from the vessel in the aquatory of the island of Jabuka, ca 70 km distance from the island of Vis, and won the Vjesnik Blue Ribbon Award for rescue missions at sea. 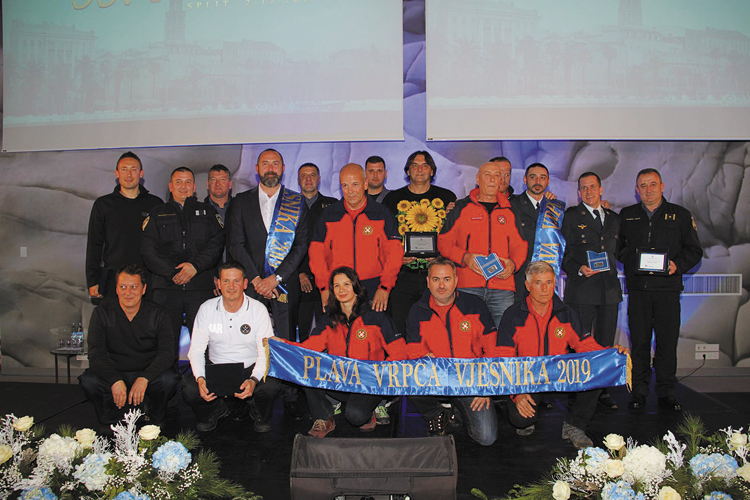 The flight crew of the 395th Transport Helicopter Squadron of the 93rd Croatian Air Force and a team of the Croatian Mountain Rescue Team are the recipients of the 2019 Vjesnik Blue Ribbon Award, which was presented to them at a ceremony held in Split on 2 December 2019.

This valuable recognition was awarded to them for their engagement in a risky but successful  rescue mission in the aquatory of the island of Jabuka some 70 km away from the island of Vis in April 2019. It was the first action in which an Air Force crew rescued a victim from a 20-m long vessel (one such  action consisted in rescuing a person from a cruiser).

The unique search- and-rescue action, which lasted less than two hours,  was conducted by Captain  Davor Furčić,  co-pilot Captain Goran Jelić and air technicians 1st Sergeant Dalibor Filipovic and Corporal Ante Smoljko. Recalling the action Captain Furčić  said it was one of the most demanding rescue actions for the crew, conducted on open sea, under strong wind and 3-m waves. 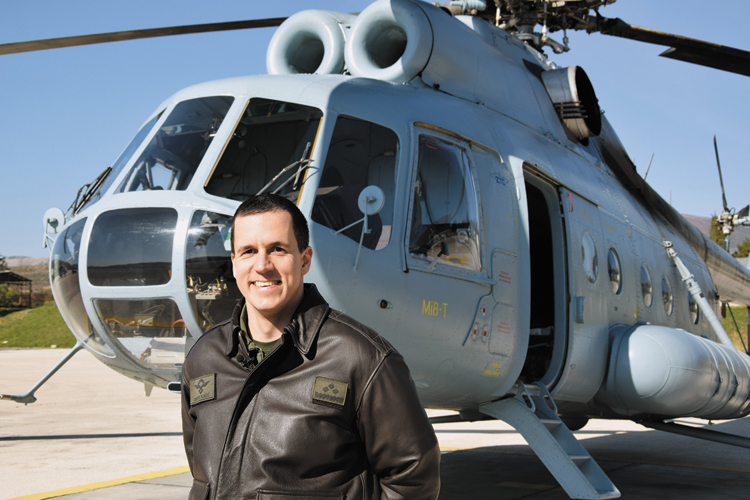 “We anticipated a difficult rescue, as the vessel was smaller than the helicopter, in most adverse conditions. We were aware that helicopter rescue was the sole solution to rescue the ailing fisherman, as otherwise it would take him hours to reach safety.  When we reached the trawler, we had to hover for an hour, as we cound not position the helicopter to enable the rescuer to land safely. The captain manoeuvred the helicopter into an unusual position, the only way to enable the  rescuer to descend to the victim. The air technician executed the critical procedure in the mission.

“My  colleague had a very responsible task – to rest the basket  with the rescuer onto the trawler, making sure that the bucket did not tangle with the trawler and moor the helicopter. We applied all our skills and experiences rescuing the fisherman“, says Captain Furčić, who emphasised that the flight crews and the Croatian Mountain Rescue Service would do their utmost and invest extra efforts to rescue  the victims, either lost in the mountain or at open sea .

“Together with our colleagues from the Croatian Mountain Rescue  we managed to save a human life and confirmed our readiness to act even in the most demanding conditions. We shall proudly wear and guard the ribbon and the plaque as they promote  courage, humanity and boldness, which are the values of the Croatian Armed Forces, at the service of the Croatian people“, said Cpt. Furčić. The Vjesnik Blue Ribbon Award for rescue missions at sea was incepted in 1966 by the poet and journalist Ratko Zvrko, then the editor of the maritime section of the “Vjesnik“ daily.