Back to homepage »
Share:
“You have carried out this demanding task just as we expected you to do it – with honour and pride,” said Minister Damir Krstičević at the homecoming ceremony for the 10th Croatian Contingent in Resolute Support while expressing his sadness and sorrow over the death of Corporal Josip Briški 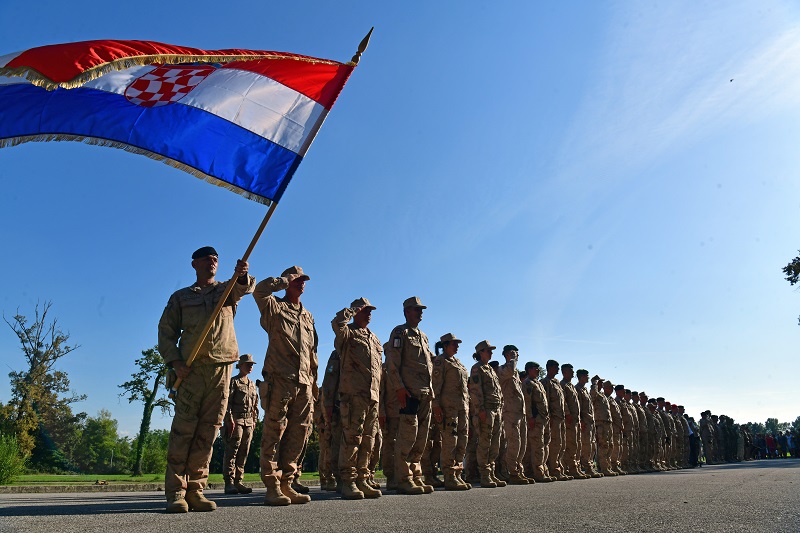 A homecoming ceremony for the 94-strong 10th Croatian Contingent in Resolute Support was held at Lt. Col. Mirko Vukušić Barracks in Pleso near Zagreb on 17th September. Beside the contingent’s members, 41 soldiers from partners states within the Adriatic Charter (31 from Montenegro, six from North Macedonia, two from Albania and two from Bosnia and Herzegovina) also returned from their tour of duty in Afghanistan.

Upon the arrival at the Pleso barracks, the Commander of the 10th Croatian Contingent in Resolute Support Col. Dragiša Konsa reported to Minister Krstičević, who congratulated the contingent’s members on the professional execution of their mission in Afghanistan: “You have carried out this demanding task just as we expected you to – with honour and pride. As is the custom in the victorious Croatian Armed Forces, you were strong, you held your head high and you had your eye on the prize.” 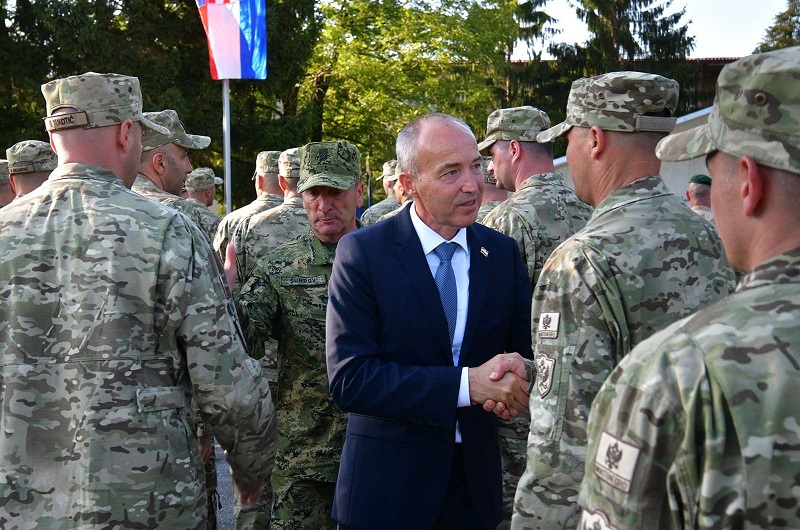 Minister Krstičević extended special appreciation to the contingent members’ families for their respect and support of their loved ones’ calling. He also expressed his sorrow over the killing of Corporal Josip Briški, adding that his memory would live on: “Out of respect for Josip Briški’s sacrifice, the International Military Operations Centre will carry his name from 1st October.”

Acting as an envoy of Croatia’s president, Zrinko Petener bid the contingent members welcome and congratulated them on the successful completion of their mission: “Thank you for carrying out your tasks conscientiously, for fulfilling your duties responsibly, for demonstrating exemplary behaviour and for showing respect to the people of Afghanistan.”

General Šundov complimented the soldiers on their courage, excellent execution of tasks in the mission and true military demeanour manifested even in the most trying times: “By serving in this mission, you have once again confirmed that we belong to a community of professional and well-trained armed forces and that our compatriots, allies and partners can always count on our support.”

Colonel Konsa extended his appreciation to the members of the 10th Croatian Contingent in Resolute Support, saying that Croatian soldiers had successfully completed yet another tour of deployment, albeit not without difficulties. “Corporal Josip Briški truly lived the lifestyle of a soldier. He was proud to wear the uniform of the Croatian Armed Forces and to belong to Croatia’s special forces,” emphasized Colonel Konsa while expressing his condolences to the late corporal’s family.

“My experience in the mission was positive. We gained an invaluable experience that we cannot gain within the borders of our homeland,” said First Lieutenant Ema Ormanec, a medical officer in the contingent.