Back to homepage »
Share:
The author of the exhibition, Lieutenant Colonel Vladimir Plečko, was one of the first Croatian officers to take part in the UNMOGIP mission in India and Pakistan in 2002-2003, and later again (2008- 2010), when he took the exhibited photographs 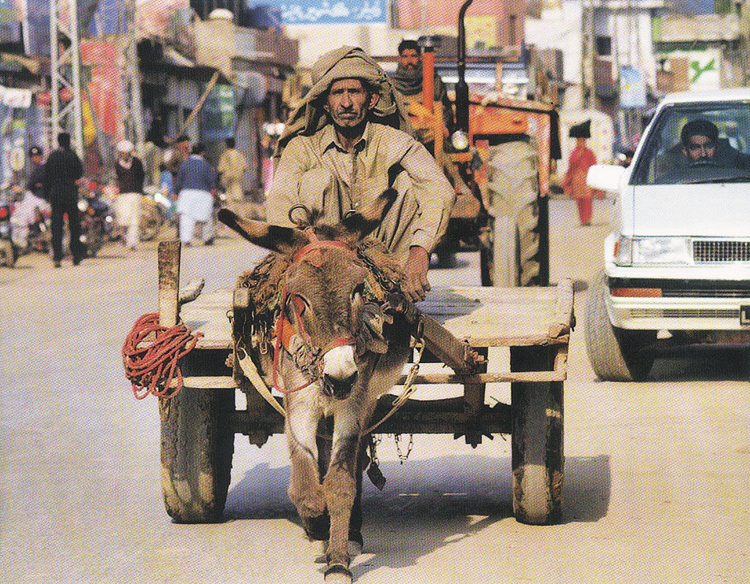 “Kashmir is a beautiful land with great and kind people. I wanted to record everything for good, so in 2008 when I learned that I was going on to serve in the mission again I bought a camera to preserve all memories in my personal archive” says Lieutenant Colonel Vladimir Plečko, a senior expert advisor in the Department for Succession of Military Property of the Defence Policy Directorate of the Ministry of Defence. The exhibition was set in the Open University in Dubrava in Zagreb in October. The exhibition is now over and the “Hrvatski vojnik” magazine decided to cover the underlying story.

The author, Lieutenant Colonel Vladimir Plečko was among the first ten officers of the Croatian Armed Forces deployed to the UN-led peacekeeping mission in Sierra Leone in 1999, the first international mission which saw the engagement of the Croatian soldiers. He was also one of the first officers which took part in the UNMOGIP mission in India and Pakistan in 2002 -03 and also later in 2008- 2010, when the photographs from the exhibition were taken. His last mission was in the UN Mission in Syria (UNSMIS) in 2012. Although he had practiced photo taking as amateur in his youth, the stay in Kashmir was an incentive to take the plunge in photography. “During the 16-month period spent there I took some 7,000 photos. About a year and a half ago Brigadier General (Ret.) Vinko Šebrek, a photography enthusiast, convinced me to set an exhibition. And I did, I exhibited 44 photos and need to reiterate that he was the main “cause” that the exhibition took place”, says Lt. Col. Plečko.

The feedback from the exhibition was positive, in view of the remoteness and novelty of Pakistan, and the interest it arouses. The exhibited photos include portraits, street photos depicting the daily life of the local people. 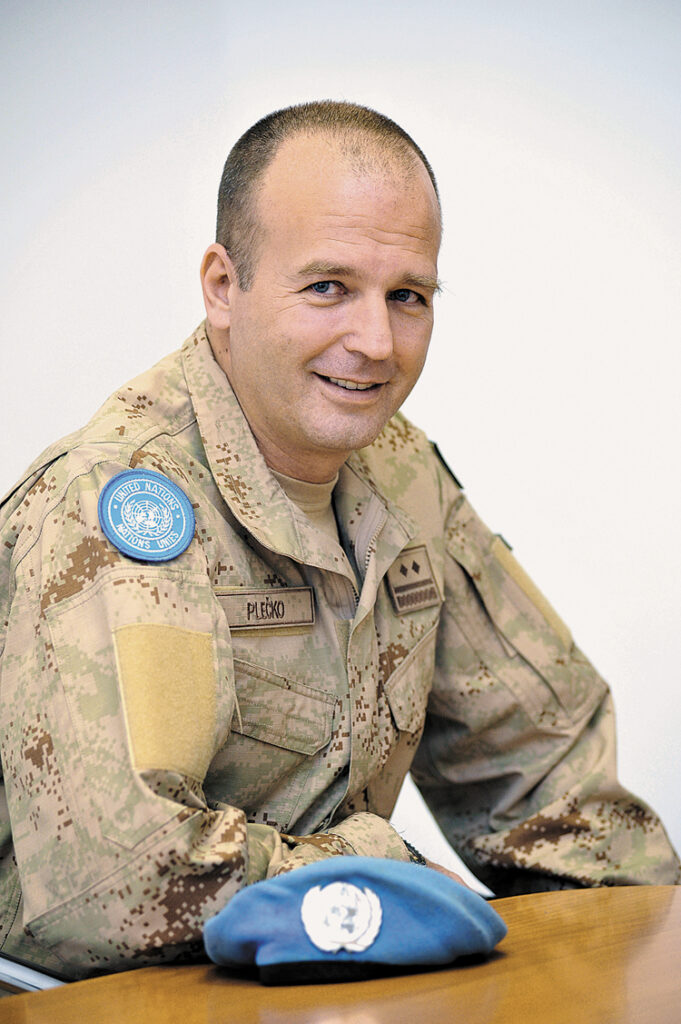 Although the exhibition recently closed it appears to introduce a series of exhibitions of our interlocutor.

“Brig. Gen. Šebrek is talking me into preparing another exhibition in the gallery “Zvonimir” of the Ministry of Defence, but the situation is as it is and we’ll see what happens”, says Lt. Col.  Plečko.

He brought home three thousand photographs from his last mission in Syria, and the Open University of Dubrava invited him to prepare an exhibition. “I agreed with the idea, but first I need to select the photos I am going to exhibit, which is not easy at all. Each photo tells its own story and it makes it hard for me to choose some favourites. I think that people are interested in the civil aspect – the daily life of people from different parts of the world”, says Lt. Col. Plečko.

Ready for a new mission

The photos from Syria are more war-themed than the ones from Pakistan, reflecting the mission circumstances. During the mission in Pakistan in the afterhours Lt. Col. Plečko would change and go for a walk around the city and take photos of everyday life there. It was not possible in Syria, where it was too dangerous to do.

When asked if about the plans to take part in another mission, Lt. Col. says he would leave immediately, but it all depends on the plans of the Ministry of Defence. “I would go anywhere, preferably to a place haven’t been before, because you learn something new in every mission. It is a precious life experience and when I am on a mission I use every opportunity to meet people and learn about the culture and the history. The UN peacekeeping missions are about the contacts with the local populations”, says Lt. Col. Plečko. 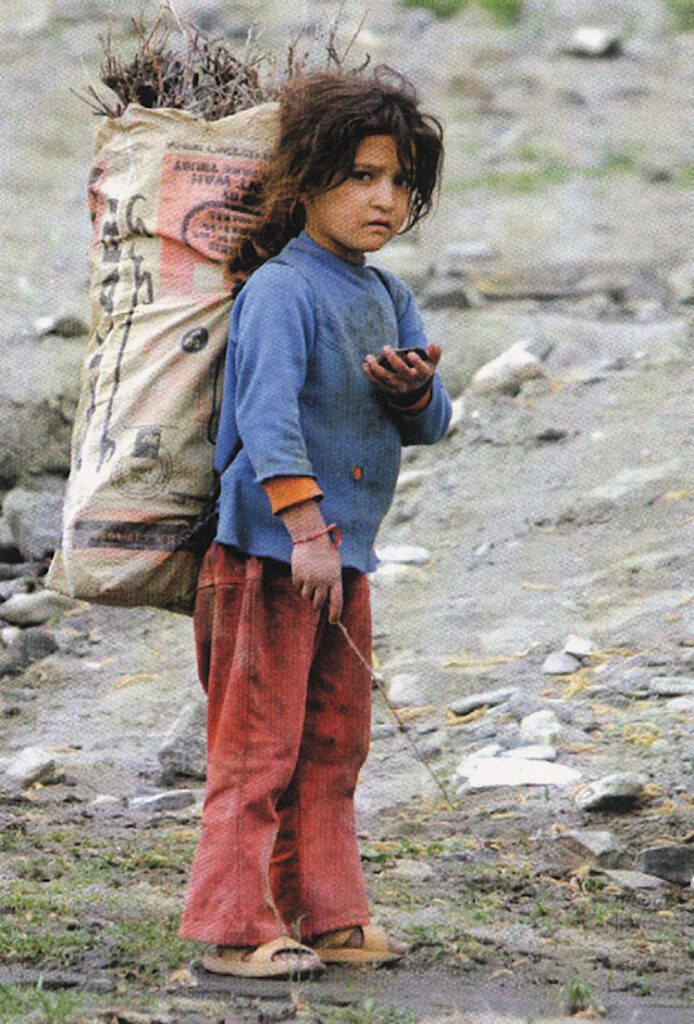 In the UNAMSIL in Sierra Leone Lt. Col. Plečko was Information Officer, while in UNMOGIP he was first an observer and later a sector commander and an information officer in the UNSIS respectively.

“The people in the villages, especially the children, were afraid of the camera. They thought it was a weapon. I turned the camera towards them and showed them the photos. In time I got closer to the locals because I often stayed with them. Children, although poor, are happy with a minimum. They smile sincerely for something that is of trivial significance for us.

“I advise to take part in a mission to anybody who can. You are separated from your family, but it is definitely worth it. You get the chance to learn things, gain experience and change one’s attitude towards life. Missions offer you a different perspective and incite you to revise your life priorities”, says Lt. Col. Plečko.

During the UNAMSIL we regularly took the Lariam malaria prevention medication. Eight days prior to the planned return home, I suddenly got very cold. It was September in Africa, with 30 degrees and although I covered myself with two woollen blankets I was still cold. My sense of taste was impaired and coffee no longer tasted good for me although I love coffee.

Captain Wagner took me to the hospital, where I was tested for malaria. I first tested negative. I felt shaky and had very high temperature the next day too. I passed out and ended in hospital again. I tested positive to tropical malaria and stayed in the hospital.

Malaria is similar to strong flu – I had no appetite, and took 18 pills a day (antipyretics, anti-emetics, vitamins). I ate nothing for a week and my temperature was near 39, and was very exhausted

I was released from the hospital on the eve of the return to Croatia. I wasn’t even sure I would catch my flight. We had a 6-hour layover in Paris, and I felt so exhausted that I fell to the ground and waited for the flight lying there. As if it was not enough, I still had to climb to my flat on the fifth floor. I felt the effect of the disease for months, lacking the strength I had had before.