Back to homepage »
Share:
Operation “Maslenica” was launched at dawn of 22 January 1993 and liberated the Zadar hinterland with the Novsko ždrilo and a part of Velebit Mountain 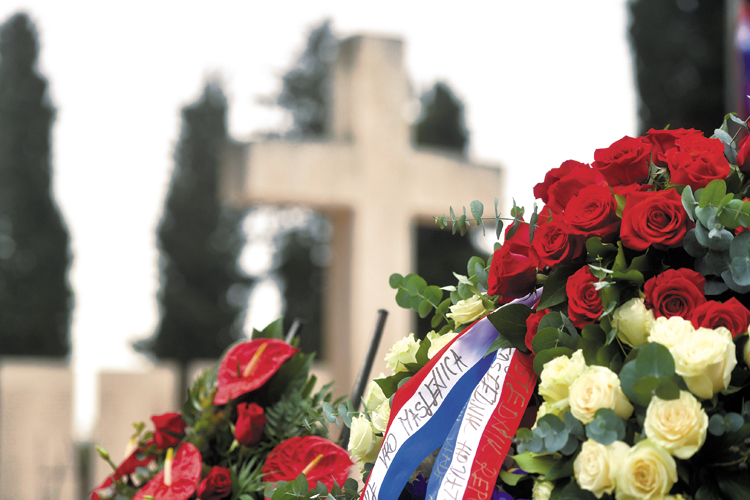 The main ceremony marking the 28th anniversary of the military and police Operation “Maslenica”, one of the first major liberating operations of the Croatian Army and Police was held in Zadar on 22 January 2021. Within just 72 hours some 1,000 km 2 of previously occupied Croatian territory was liberated, reconnecting north and south Croatia. (Given the situation and the recommendations of the National Civil Protection Directorate the 2021 ceremony did not feature the march of the units participating in the Operation through the streets of Zadar).

Operation “Maslenica” was launched at dawn of 22 January 1993 and liberated the Zadar hinterland with the Novsko ždrilo and a part of Velebit Mountain. It was planned under the code name “Gusar” and carried out in utmost secrecy. Within just 72 hours, with the engagement of the three services of the Croatian Army the main objectives of the Operation were achieved. A specific feature of the Operation was the engagement of the guards brigades:  the 4th and components of the 1st Guards Brigade, of the 2nd , the 3rd and of the  9th Brigade, whose had a crucial role and each of whom contributed in its own way to the success of the Operation itself, despite short service period for some of them and the fact that some were transferred to the battlefield from distant positions and introduced into combat from the movement. They were supported by the forces of the Special Police of the Ministry of the Interior, who seized the dominant elevations and communications in Velebit Mountain, and by the reserve units of the Croatian Army and the Home Guard regiments.

The Croatian Army and police launched the offensive operations from several directions, and on the first day liberated the localities of Rovanjska, Maslenica, Novsko ždrilo, Podgradina, Islam Latinski, Islam Grčki and Kašić. In the days to follow, they also liberated the “Zemunik” Airport and many places in the Zadar hinterland. Also, taking control of the wider area of ​​Velika and Mala Bobija, Tulove grede and Mali Alan – key positions in Velebit from where the Croatian forces could control Obrovac, Gračac, Benkovac – was of huge strategic importance. By the end of the operation the entire area of ​​the “pink zones” in the Zadar hinterland was liberated too and the strategically important area of the ​​Novsko ždrilo strait was secured.

Although the main objectives of the operation were achieved within a very short time, the international pressure from the international community, on 25 January 1993 the Croatian forces advancing towards Obrovac and Benkovac were halted. The enemy took the opportunity to bring up reinforcements and launch a counterattack, so the fighting continued for several more days.

The Croatian units received reinforcements transported from Slavonia via helicopter (in what was the first ever helicopter landing of the Croatian Army units) and held the reached line of advance.

Despite the military dominance, the aggressor was defeated at both tactical and operational level, and resorted to a desperate move towards the end of “Maslenica” – in retaliation for the losses, on 27 January 1993 the aggressor army threatened to demolish the Peruća Dam.

Although 30 tons of explosives were activated the damaged dam did not collapse. The potential disaster was avoided, and the Croatian Army forces halted the advance of the enemy and within a short time gained control of the entire area.

The Operation took its human toll, as 127 Croatian soldiers lost their lives and 158 were wounded.

The Operation “Maslenica” brought the first major defeat for the aggressor, until the final fall.

In remembrance of the historic days state delegations laid wreaths paying the respects the central cross at the Zadar City Cemetery, paying tribute to the defenders killed in the operation.

The wreath was laid by the Envoy and Defence and National Security Advisor to the President of the Republic of Croatia Dragan Lozančić, by Defence Minister Mario Banožić, by the Envoy of the Speaker of the Croatian Parliament Ante Deur , by the delegation of the General Staff of the Croatian Armed Forces Admiral Robert Hranj and the delegations of the Ministry of the Interior, the Ministry of Homeland War Veterans and of the Police Directorate, and also by the families of the fallen, missing and deceased defenders from the Police and Military Operation “Maslenica”, and the delegations of the Zadar County  led by the Prefect of the Zadar County Božidar Longin and of the City of Zadar headed by the Mayor Branko Dukić, and also by the representatives of the units and associations from the Homeland War.

A wreath was also laid at the memorial monument to the 4th Guards Brigade “Pauci” at Islam Latinski, and a memorial plaque in honour to the fallen Croatian defender Erik Colić was unveiled by his parents, and the Defence Minister presented them with the Croatian national flag.

Wreaths were also laid at the memorial of the 3rd Battalion of the 4th Guards Brigade “Imotski sokolovi”, and 28 roses in memory of all those killed later were laid at the monument to Croatian veterans – “Kocka” (the “Cube”), with a music performance by the Croatian Navy Vocal Ensemble “Sveti Juraj” and the reading out of the wartime history of the f the Operation “Maslenica” and an excerpt from the book by Ivica Matešić –Jeremija (a recently deceased Zadar-born veteran and volunteer of the Homeland War). 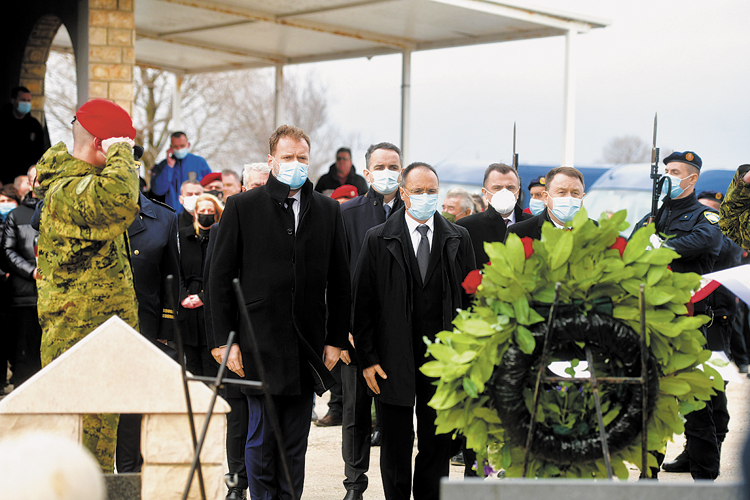 The unity emboldening the defenders

On the occasion of the anniversary the Defence Minister Mario Banožić extended appreciation to the participants of the Operation which heralded the freedom of Croatia.

The Operation liberated the hinterland of Zadar, the Novsko ždrilo strait and the Zemunik Airport. The fighting was particularly hard in Velebit Mountain, which the Special Police and the Croatian Army defended with superhuman efforts. Minister Banožić reminded that in retaliation for the defeat in Operation “Maslenica” the aggressor placed explosives on the Peruća Dam and intended to submerge the entire Cetina region. By undertaking the Operation “Maslenica”, the Croatian Army showed the people and the entire world that it was equipped and trained to free every inch of the Croatian lump, which was later confirmed in the military and police operations “Lightning” and “Storm “. The Minister also acknowledged and expressed gratitude to the families of the 127 Croatian war veterans fallen in the operation.