Back to homepage »
Share:
“MSAP is the first NATO international body with a potential to grow into a new NATO Centre of Excellence. The opening of MSAP has proved Croatia to be a credible NATO nation“, said the Defence Minister Damir Krstičević 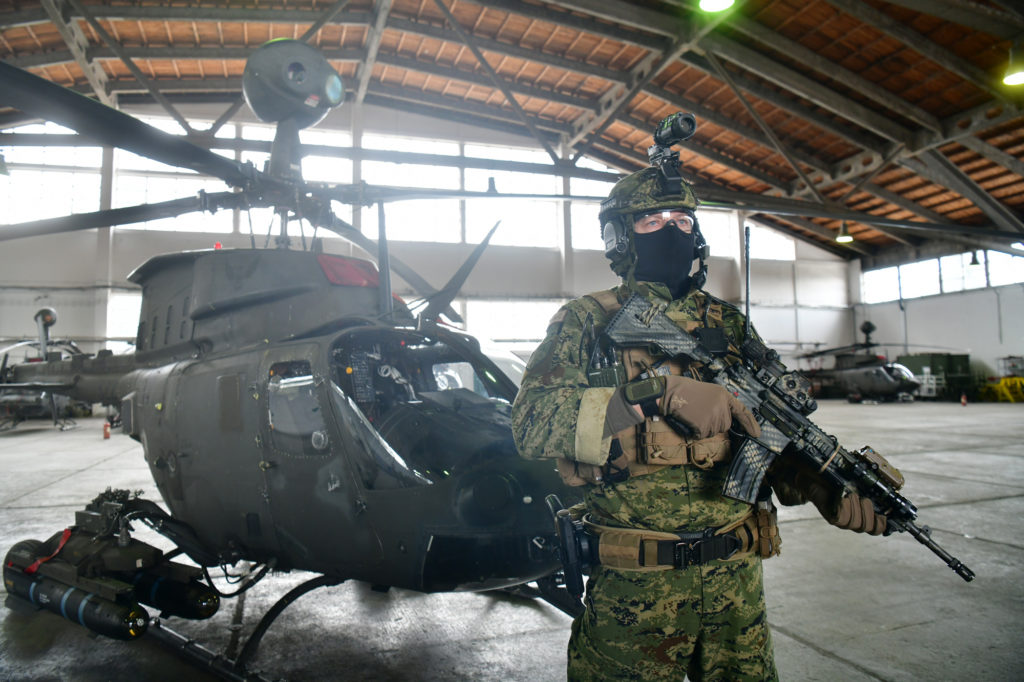 The Multinational Special Aviation Training Centre (MSAP TC) was formally opened in the Barracks “Pukovnik Mirko Vukušić” at Zemunik on 11 December 2019, in presence of a number of senior military and civilian officials. It was concieved as a centre for planning and training (both in-class and  flight training) of helicopter crews and integrating them with special forces teams for special operations.

Main purpose of the MSAP

The Barracks at Zemunik was chosen as the base for the MSAP based on the favourable climate and geographic features that ensuring sufficient meterological  conditions for flying.

Special operations are conducted in various settings and climate conditions, and the conducting forces need to be trained for the purpose. The climate conditions found around Velebit Mountain and in the Ravni kotari plateau are most favourable for mountain and IHF flying, and the nearby islands and sea are ideal settings for maritime operations practice. In addition, the MSAP location is 30-min flight away from most training ranges of the Croatian Armed Forces.  The purpose of the MSAP is to train crews operating multi-purpose helicopters designated for special air  operations through in-class and weeks-long flight training preparing for non-conventional tasks of special air forces, in accordance with the Capability Targets of the MSAP member nations. The training will be conducted by highest standards and in a most economic way and will result in enhanced interoperability, in accordance with the NATO standards.

The first steps towards the establishment of the MSAP date back to the year 2015, when the Republic of Croatia as NATO member accepted Target Capabilities and thereby assumed the responsibility to establish a Special Operations Air Task Unit (SOATU).

As the same target capabilities were taken by Hungary, Bulgaria and Slovenia, the defence ministers of the four countries  signed a Memorandum on Establishment of Multinational Special Aviation Program Training Centre (MSAP) in Brussels on 4 October 2018.

The Government of the Republic of Croatia at its 183rd session, held on 10 October 2019 adopted the Proposed Regulation on the Title, Seat, Organisation and Management of the Multinational Special Aviation Program (MSAP).

The black background symbolizes the night, part of the day when the command conducts its operations.The white letters alludes to the air, the primary theater of SOATU operations.

The vertical and horizontal lines represent meridians and parallels, that is the planet Earth. MSAP TC is opened to all members of NATO Alliance and all designated units completing SOATU training at MSAP TC are trained to conduct special air operations all over the world.

The wings and dagger represent military preparedness and swift and silent mobilization of air component and special forces.

The wings and the dagger coming out of the circle represent “out of the box” way of thinking. Latin expression “Ex umbra” means “From shadow” and represents a way of training. A silent and sudden arrival in the area of operation, which gives the effect of surprise and a decisive advantage over the opponent).