Back to homepage »
Share:
The Homeland War in Croatia engendered heroes, whose selfless sacrifice remains carved in our memories. They continue to live through stories, poems, photographs, and recently in virtual reality as well 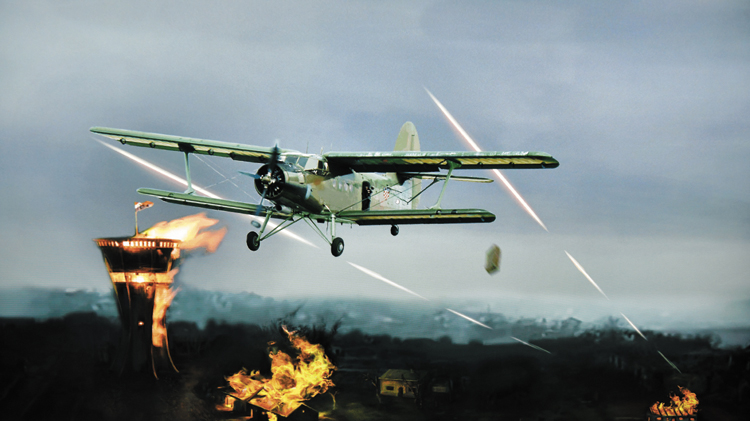 At a time when Croatia did not have  air force, the first air units were established by the defenders themselves. The Self-standing Air Platoon of Osijek is one of the units which distinguished itself during the siege of Vukovar. Operating from improvised airfields around Đakovo, and with just a few small sports planes and Antonov An-2 agricultural aircraft at their disposal, the Platoon’s members  delivered the much-needed supplies to the surrounded town and later on targeted the enemy positions with improvised bombs.

Their bravery and performance led to the installation of an entire missile regiment from Serbia, armed with the state- of-the-art KUB-M and SA-6 missile system. One missile hit the An-2 over Otok near Vinkovci on 2 December 1991, killing the founder of the Platoon Marko Živković, co-pilot Mirko Vukušić and the paratroopers Ante Plazibat i Rade Griva.

The Platoon ceased to operate. Within two preceding months its members performed 35 sorties, dropping 68 bombs and food and medical supplies for the surrounded Vukovar.

In memory and recognition for the heroic feats the Self-standing Air Platoon in Osijek received the first virtual monument in Croatia, set within an An-2 aircraft displayed in the Memorial Centre of the Homeland War in Vukovar. The project Self-standing Air Platoon Osijek was realised through the ideas of the Memorial Centre of Homeland War and the Culex Studio from Osijek, specialised in virtual reality.

Return to the past

The Culex experts made it possible for the Centre’s visitors to travel back to the year 1991 and to “fly“ over the war-torn Vukovar.

With the aid of googles for virtual reality the visitors join the crew on one of the aid flights, taking off from the agricultural airfield Gajgerova pustara near Đakovo. In no time they “reach“ Vukovar, and the paratroopers “drop“ the box containing supplies for the defenders. The enemy forces target the aircraft from various arms. The simulated 7-min flight features preparation, taking off and the flight, augmented by the effect of anti-aircraft gun fire  to illustrate the constant threat. 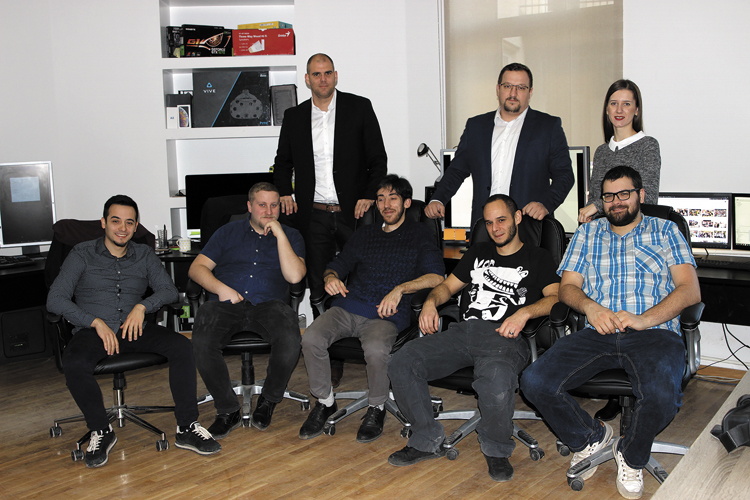 The Culex Studio Director Mario Mikić-Vučak said the application building took more than six months. There was much work to do, including the recreation of Vukovar as it was during the war, as we had no template and had to draw all buildings with specific details by ourselves”.

The virtual memorial is complex and elaborated to the tiniest details, to include the sound of the pilots’ voice heard on the ingress into the An-2 and the sight of the town in flames and other horrific images seen by the defenders. Also, at taking off the visitors sense the specific smell and experience the slope as if onboard of a real aircraft.

The plane is fitted with six HTC VIVE PRO units, automatic fan switching, installed subwoofer and  computers equipped with NVIDIA GTX 2080 graphics card.  They relied on the experience of Lieutenant Colonel Josip Hrgović, the pilot of the Platoon and 1st Lieutenant Darko Reinspach for greater authenticity. “For greater authenticity we communicated with them throughout the process and absorbed every bit of information we heard from them.  Their approval was the sign that we did well“, says Mikić-Vučak.

“It is shown so realistically that the visitors can sense the bravery necessary to fly and act from the aircraft over the combat zone“ says Major Ivanković, a defender of Vukovar and a lecturer of the Memorial Centre. His first-hand experience recreates that the activities of the Self-standing Air Platoon of Osijek, whose history is obscure, had huge moral and material benefits. The Memorial Centre as a public institution received this donation from the City of Šibenik. Our intention was to revive some of the less known stories, and the story of humanitarian flights .  We wanted to revive some of the stories that are not well known, and this one about the Platoon and the humanitarian delivery flights proved to be an ideal one“, Major Ivanković explained the virtualisation of the story of the Self-standing air platoon of Osijek.

The  Memorial Centre is visited by some 75,000 to 100,000 visitors annually, among whom  school students, who are offered the opportunity to learn more about the history and the Homeland War. Thousands of visitors to fly over war-torn Vukovar, and they were very impressed.

This virtual monument is a modern project that leaves the visitors of all ages deeply impressed. It is about virtual  technology applied to guard the perennial memory and to express gratitude to the brave members of the Self-standing Air Platoon.