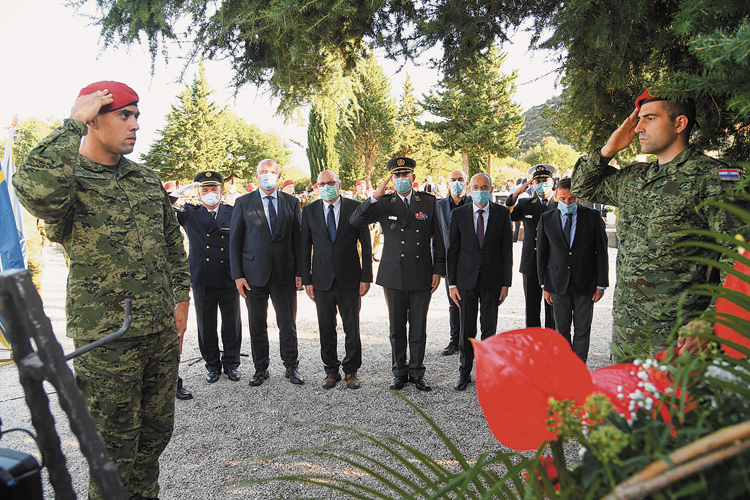 Major General Andrija Matijaš Pauk, a legendary combatant  of the 4th Guards Brigade, led the Brigade’s tank crews in all major actions during the Homeland War, and lost his life on Day 2 of the Operation “Southern Move“, during a battle near Mrkonjić Grad.

The phrase was uttered by the hero of the Homeland War, Major General Andrija Matijaš (nicknamed Pauk), on the eve of the Operation “Maslenica“ –  a born leader who instilled self-confidence in his subordinates. He was always  true leader on battlefields, and so he was on 9 October 1995 too, the Day 2 of the Operation “Southern Movement“ when he led his armour unit in the battle near Mrkonjić Grad. He won every battle during the Homeland war, but did not see the end of “Southern Move“ found death he did not lose a single battle during the Homeland War, unfortunately he did not live to see the end of this one, he was killed after an anti-tank missile hit his armored personnel carrier. 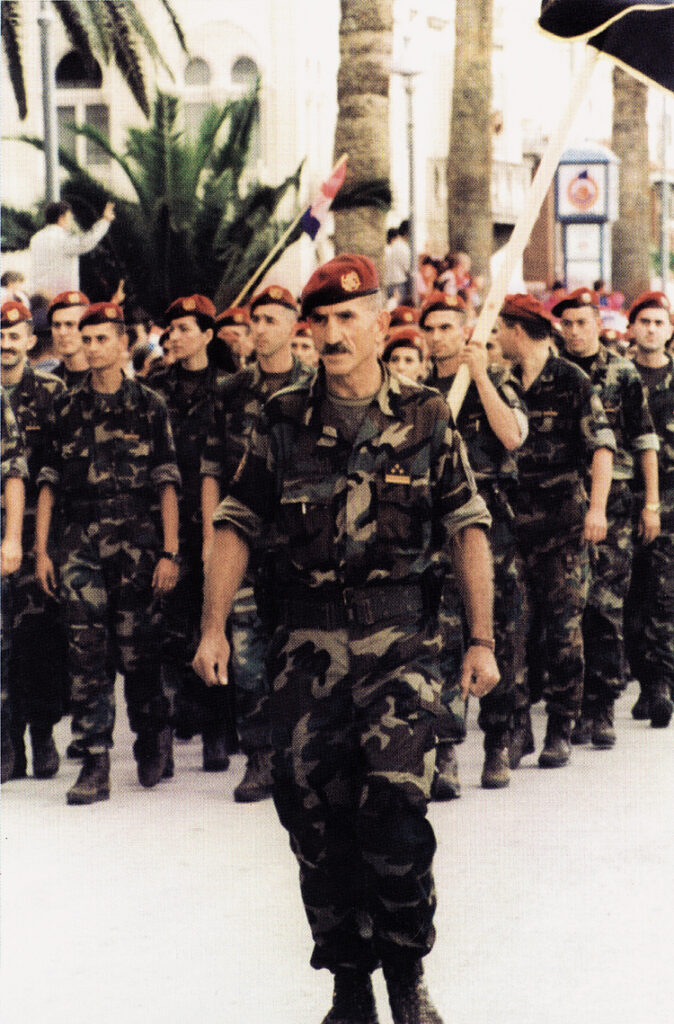 Andrija Matijaš Pauk was born at Pozorac near Trogir in 1947, and chose to pursue a military career. During his military education he showed particular interest in armoured vehicles, and also practiced various sports. Early during the Homeland War – in summer 1991 – Andrija Matijaš Pauk was engaged in combat operations in Banovina, and subsequently in Dalmatia, and in October 1991 joined the 4th Guards Brigade.

Andrija Matijaš Pauk used the first seized JNA tanks to establish a self-standing tank company, which later grew into an armoured mechanised battalion. An experienced tank corpsman, Matijaš Pauk had an important part in the Operation “Maslenica“, when the joint operation of armoured and infantry units deblocked the Zadar hinterland.  Matijaš Pauk was wounded but returned from the hospital quickly to stay with his subordinates, who were not even aware of his wounding.

The Brigade was engaged in all important actions, and its tank crews displayed combative spirit and readiness

AMP took over the command of the Brigade from the wounded Commander Damir Krstičević during the Operation “Zima ’94“, fought in adverse winter conditions in Dinara Mountain.  Matijaš’s task was to get the tanks on the mountain, which nobody thought was possible.

He also took part in the actions “Skok 1“ and “Skok 2“ and “Ljeto ’95“. During the Operation “Storm“ he liberated Knin, which the Brigade entered alongside the 7th Guards Brigade on 5 August.

Matijaš Pauk was posthumously promoted to the rank of major general, and in his honour the 4th Guards Brigade was named after his wartime nickname – “Pauci“ (“spiders“).

Matijaš Pauk was posthumously promoted to the rank of major general, and in his honour the 4th Guards Brigade was named after his wartime nickname – “Pauci“ (“spiders“).

A master of tank and armoured warfare

The 25th anniversary of death of Major General Andrija Matijaš Pauk was marked in Marina near Trogir on 9 October 2020.